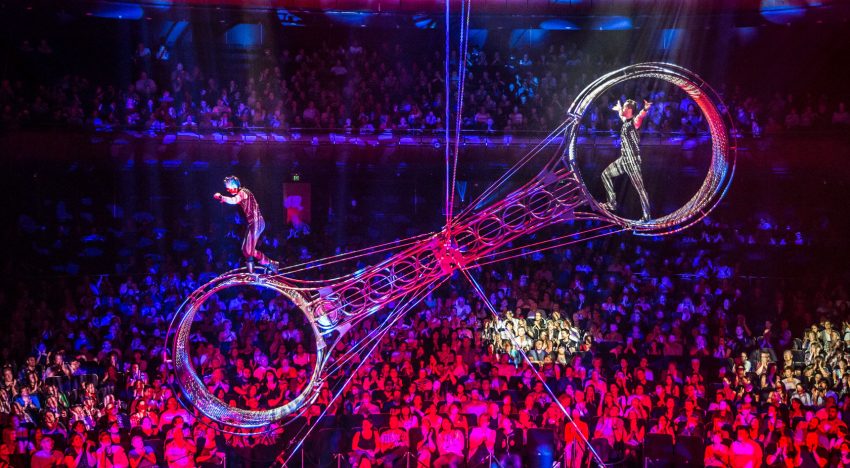 Remember that swoon inducing Ryan Gosling “Will you go out with me?” scene in the Notebook where he goes to extreme lengths to hang off a ferris wheel, willy nilly, for a date with Rachel McAdams’ character? That scene where you’re thinking, “Damn that ain’t real, but that’s hella impressive?”

Catching Cirque Adrenaline’s international troupe of performers live at the AsiaWorld-Expo, who are too cool to obey the rules of gravity, will redefine what it takes to be “impressive”, and make you realize that dear Ryan really needs to step up his game. Here’s what happened:

1. The evening begins with some crowd engagement led by Dizzy the Clown, sassiest clown to roam the planet. Dizzy will hilariously throw shade at you with Beyonce-level sassiness if you are not a keen bean. Dizzy also has a penchant for the occasional bum slap. And one can never quite dismiss the juvenille joy of a bum slap.

2. A series of complex acrobatic acts are followed by a death defying balancing act, who proceeds to maneuver himself into position after position, on top of cylinder upon cylinder, stacked to the verge of being equivalent to his own body height.

Meanwhile, normal human beings find balancing on segways to be a struggle.

3. Once upon a time, 4 dirt poor friends all vowed to become Olympic gymnasts one day, but could only afford to have one set of bars installed for practice. Though incredibly tough to coordinate, they managed to work out a way for all 4 of them to spin around the same set of bars simultaneously, to maximize training time… Now delete that very lame and totally made up back story and you get a legit gymnastics act that happens on the Cirque Adrenaline stage. For reals.

4. At some point during the show, you transition from a state of awe to a state of perpetual fear for another’s life. Like when Mark Flores and Nikolay Nikolov’s pull this off, and all you’re thinking is “OMG his neck is going to snap.” 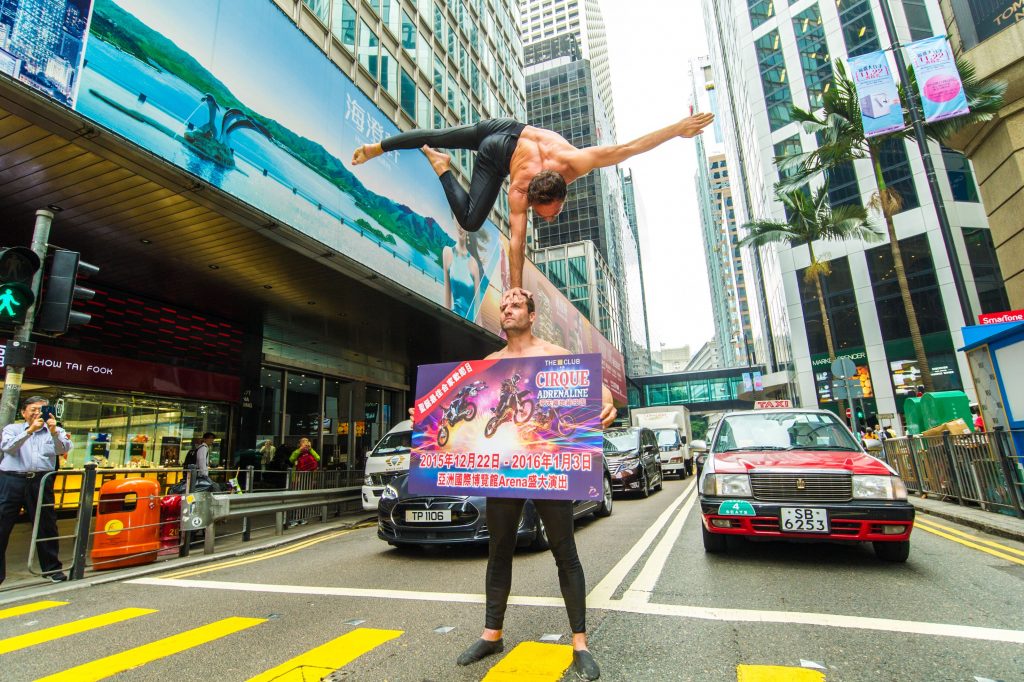 5. This state of perpetual fear reaches it’s height during the aptly named Wheel of Death act, when Columbian duo Angelo Rodrigeuz and Carlos Mayorga run, jump and flip, both inside and outside, a ceaseless spinning 70 foot tall contraption that can only be described as a giant hamster wheel. You leave your mouth hanging unattractively open throughout the duration of the act, mentally begging the crew to bring out a safety net that doesn’t exist. 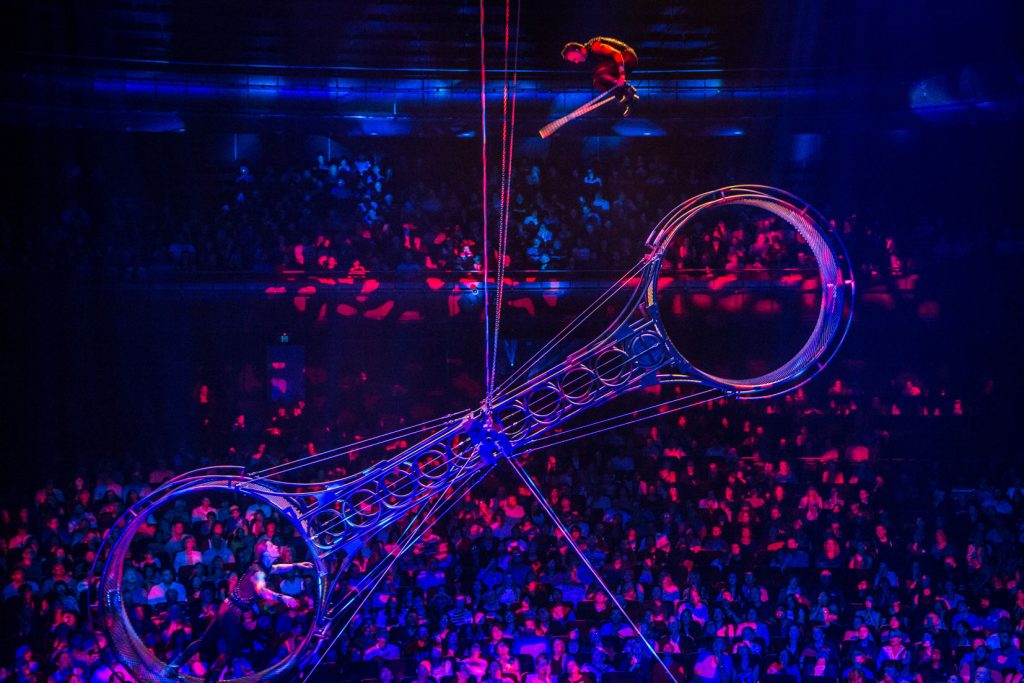 6. At this point, a very necessary intermission is scheduled, more so for YOUR heart rate to return to normal, than for the performers’.

7. Some dazzling flame throwing and trapeze artistry later, you find yourself, once again, thinking “OMG his neck is going to snap,” when Ukrainian acrobatics Alex and Nastya Mishchenko decide to prance in mid-air while hanging NECK TO NECK from each-other during their “Duo Strap” act. I do believe twice a night of neck-snapping worrying is two times too many.

8. Though notably a tad slow paced in comparison to the rest of the show, Cirque Adrenaline’s big air motorcross segment, featuring two-time X-Games motorcross medalist Drake McElroy, among 4 other equally qualified bikers, is able to offer a fresh modern twist to the more traditional antics expected of a circus. 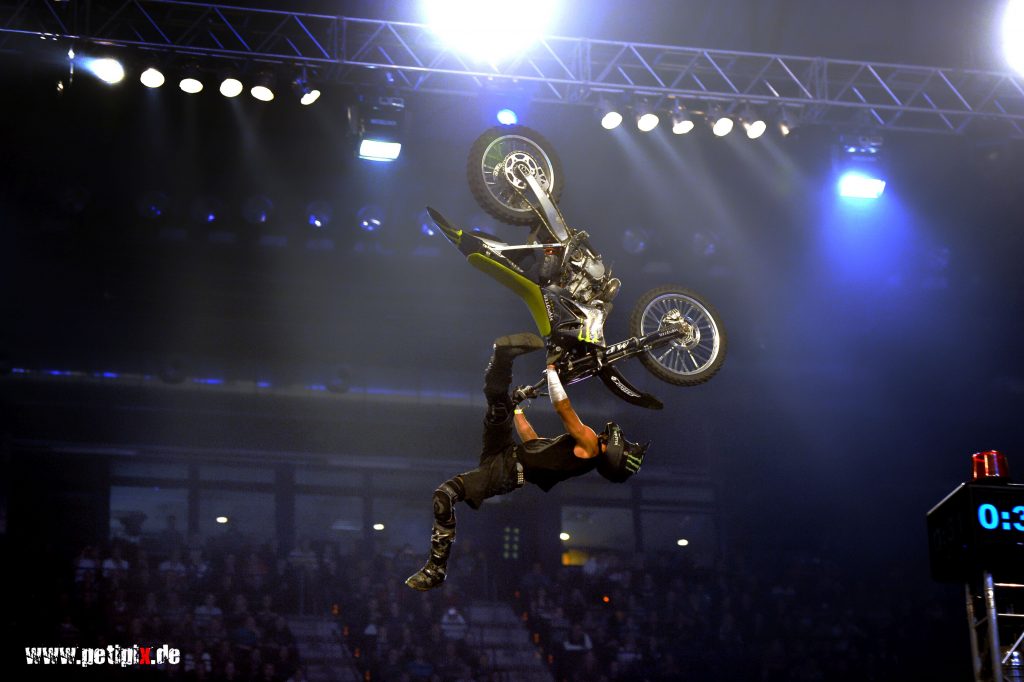 9. Any circus would not be complete without a trampoline act, put forth in the form of a street style trampoline-off among the incredibly agile performers in this instance. Look out for a badass who is partial to blowing the audience a cheeky kiss or two while upside down, in mid air.

10. And if all of that meant squat to you… Cirque Adrenaline also features lots of very toned abs and very tight trousers. Just saying. Whatever works for you man.

Cirque Adrenaline is set to run from the 22nd of December 2015 to 3rd of January 2016, at the AsiaWorld-Expo, Arena. Tickets available via HK Ticketing.