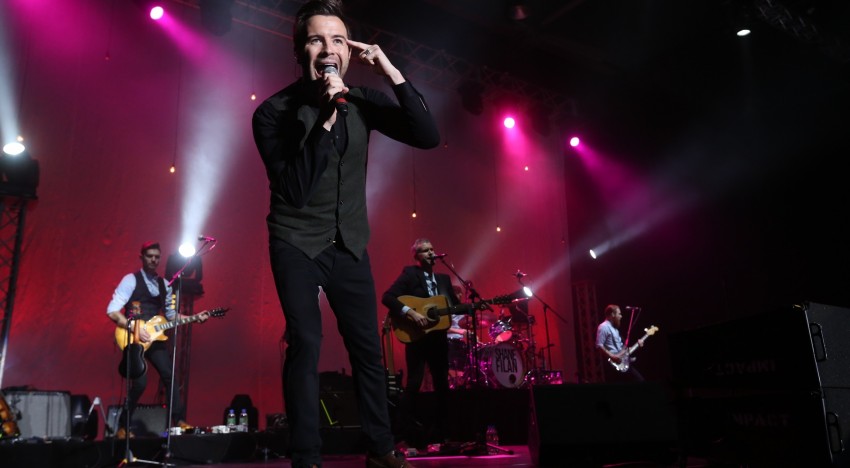 Shane Filan entertained fans last night at the Asia-World Expo for his first solo tour after Westlife disbanded in 2012. Intertwining songs from his solo album You And Me (highlights being About You, Everything To Me & Baby Let’s Dance), with classic Westlife hits and a few surprise covers here and there, Shane managed to deliver a versatile performance that was wonderfully entertaining, touching the hearts of die-hard Westlife fans (and the occasional reluctant boyfriend). Here’s a recap of the best moments from last night’s show:

1. When Shane’s impression of a fan girl went wrong

Shane received more declarations of love in 2 hours than I get told “Hi” to in 2 weeks. Overwhelmed by the screaming, Filan tried to do his own impression of what he thought a 14 year old would sound like screeching “I LOVE YOU SHANE”, and absolutely nailed it…the ear drum perforating pitch, the desperation, the everything. Fans were exhilarated of course, but things went on a more unexpected route when, in the midst of all the girly squeals, a booming male voice yelled out “I LURRRVE YOUUU SHANNEE”. The moment Shane’s face changed into what you could only describe as a “quizzical look”, was absolute gold. He hilariously proceeded to return the love by declaring “I love you too man”.

2. When Shane outed a fan for not knowing the lyrics to Flying Without Wings

You can’t go to a Westlife (or 1/4 of Westlife) concert without knowing the lyrics to Flying Without Wings. That’s like going to a Lady Gaga concert without knowing the lyrics to Pokerface. When you’ve got first row tickets as well, expectations for lyric literacy are exponentially higher. Imagine Shane’s surprise when he spotted a front row fan looking back at him helplessly, all flustered when he asked fans to sing Flying Without Wings with him. He then proceeded to jokingly say “You don’t know the lyrics to Flying Without Wings? How can you not know? Shame on you!” The incident proceeded to become a running joke throughout the show. It’s ok though. We’re sure getting the chance to talk to Shane made up for the fan’s embarrassment.

3. The “acoustic” portion of the show

Major props to Shane’s live band, who helped him do a beautiful acoustic version of Swear It Again, as well as Baby Let’s Dance, Once and Amazed. Not only did their backing vocals and harmonies make up for the absence of Shane’s Westlife bandmates, their energy helped keep the crowd alive. We’re also pretty sure wacky hair is a criteria for joining the band, as evidenced by the bearded bassist Jimmy (aka Teddy), Harry the keyboardist with his amazing moustache, and drummer Jackson’s floppy hair. Isaac, the violin/ukulele/guitar multi-instrumentalist was also a fan favourite, and guitarist Ben looked like he had a lot of fun rocking out with Teddy back to back throughout the show. 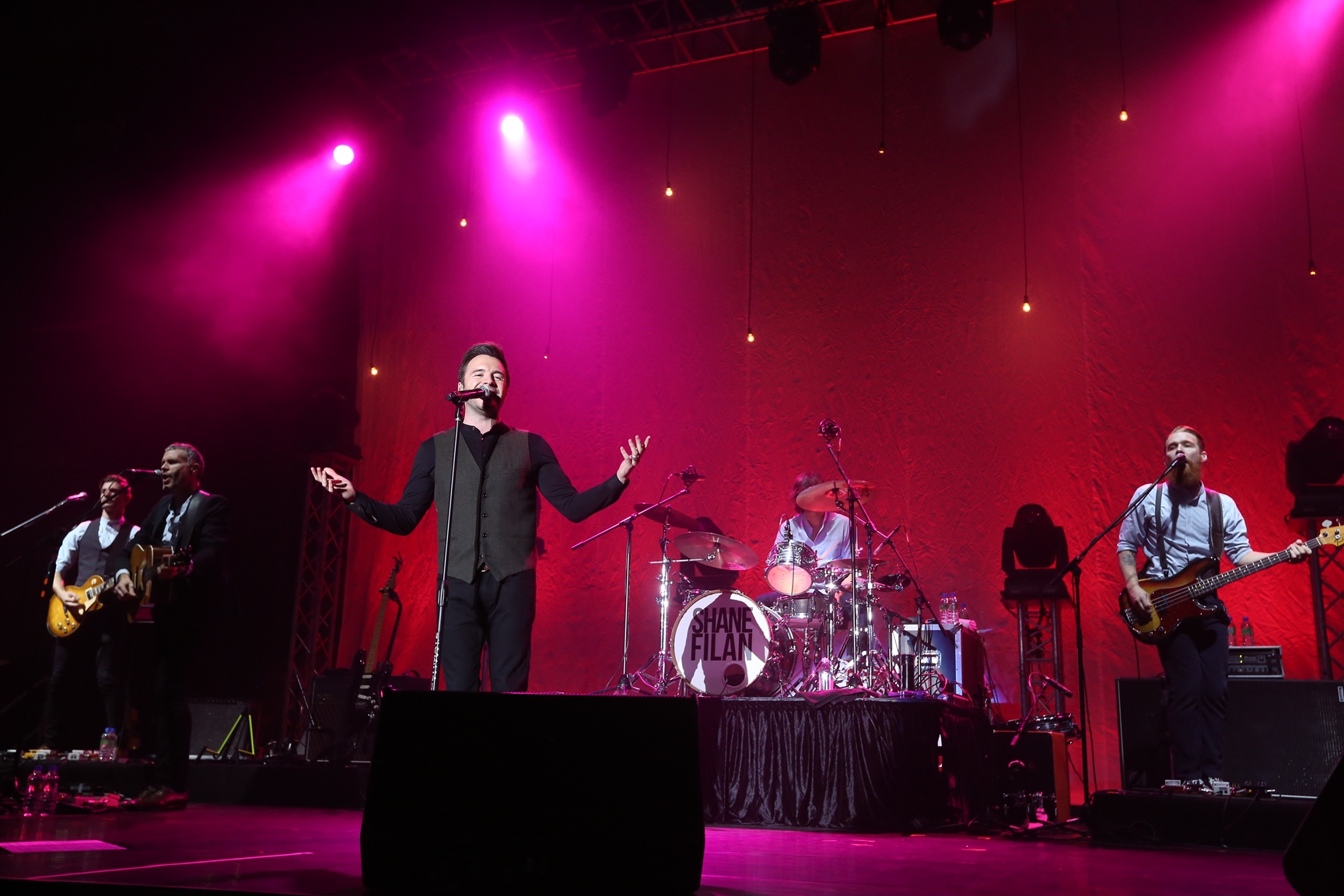 4. When Shane did some booty shaking to a Blurred Lines/ Wake Me Up medley

When Shane randomly announced that he needed to find his glasses in the middle of the show, fans were a bit surprised to say the least. Then the all too familiar chords of Blurred Lines came on, and it all began to make sense. Rocking trademark Robin Thicke shades,  Shane embraced the all-singing, all-dancing boyband stereotype by busting out some dance moves and doing some booty shaking to Blurred Lines and Avicii’s dance hit Wake Me Up.

5. When Shane serenaded a fan on stage and stole her hat

It’s not very often a girl gets serenaded these days… so when your favourite idol brings you up on stage, invites you to take a selfie with him, and sings Mandy to you (which is precisely what one fan got to experience last night), we assume that calling it a “dream come true” would be an understatement. Said fan was also wearing a sparkly green hat when she bounced onto the stage, which delighted the Irish singer. Shane proceeded to claim the hat as his own and wear it, which, in turn, delighted fans.

6. When the same fan offered to take Shane to a pub after the show

Aside from the flawless singing and classic songs, what made the show great was also it’s scale – big enough to create buzz and noise but also small enough for some degree of intimacy. This made way for some interesting banter between Shane and individual fans. When Shane joked about hustling along songs so he and the band could finish early and head to a pub, the fan in the green hat (now back in the audience) offered to accompany him, to which Shane replied “But I already sang to you!”. Turning to the previously shamed fan, he continued to say “And I’m not going with you either! You forgot the lyrics to Flying Without Wings!” 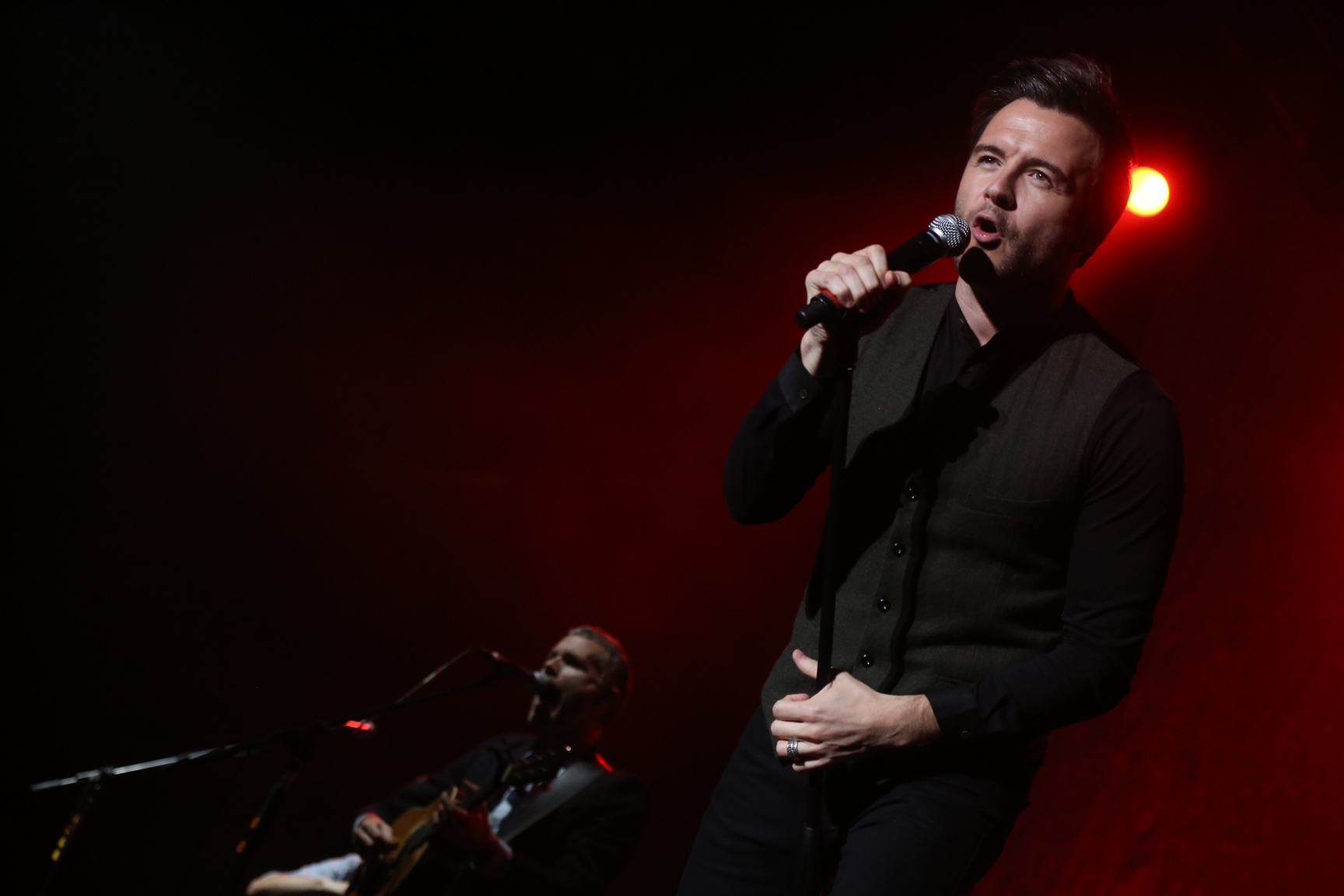 7. When Shane announced that he would return to Hong Kong in 2015

Shane called Hong Kong his “home away from home” and promised he would return next year after the release of his sophomore solo album. He also did a snippet of Beautiful In White, an unreleased demo he did a few years ago that was leaked onto Youtube, but managed to turn into a hit of it’s own. Shane told fans that a new remastered version of the song would appear on his upcoming album.

8. When the audience held up their phones for You Raise Me Up

It was a beautiful way to end the show, both visually and musically. The “real” ending of course, was when Shane returned to the stage for the encore, performing Everything To Me and Knee Deep In My Heart in traditional Chinese clothing. Both endings were equally memorable. 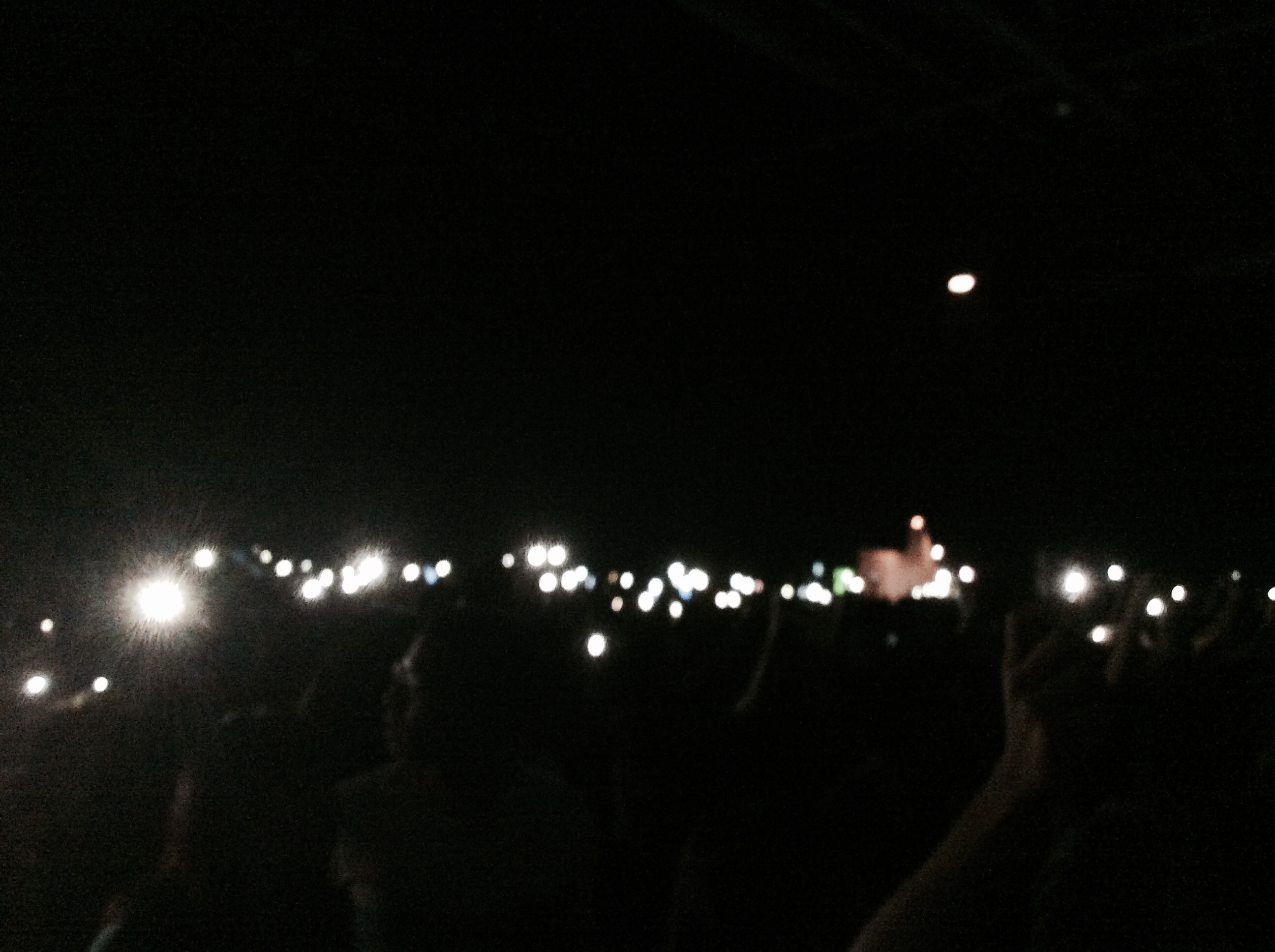