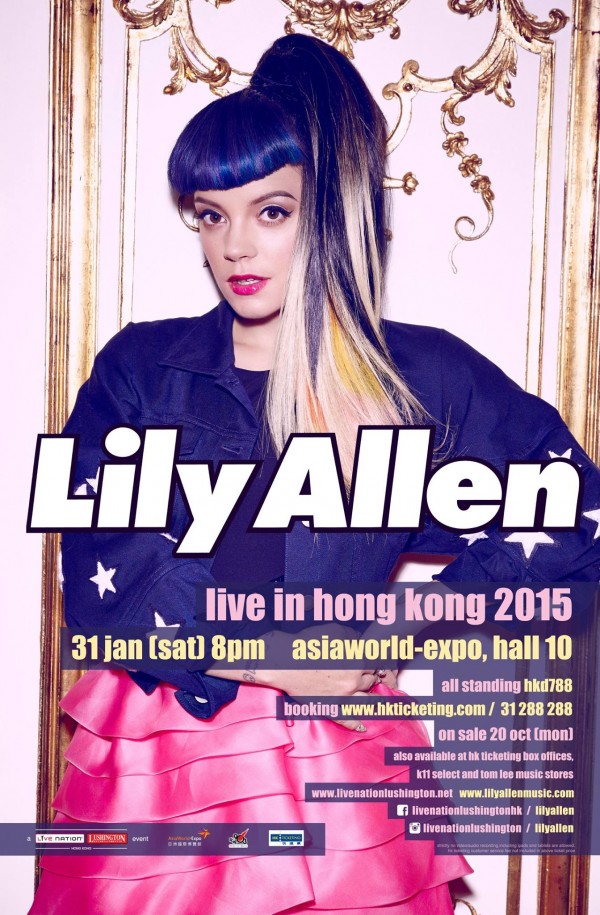 British pop sensation, Lily Allen, will be performing in Hong Kong for the first time on 31 January 2015, at Asiaworld-Expo Hall 10!

Lily Allen first emerged in 2006 with her debut single, Smile, and received critical acclaim for her 2009 sophomore album It’s Not Me, It’s You. Having spent the last 4 years on a musical hiatus to establish her own record label and spend more time with her family, Allen made a triumphant return to the music scene in May this year with her UK Number 1 album, Sheezus.

Tickets for the gig can be purchased at $788 (all-standing) from October 20th, 2014 onwards, from HK ticketing, K11 select and Tom Lee music stores.