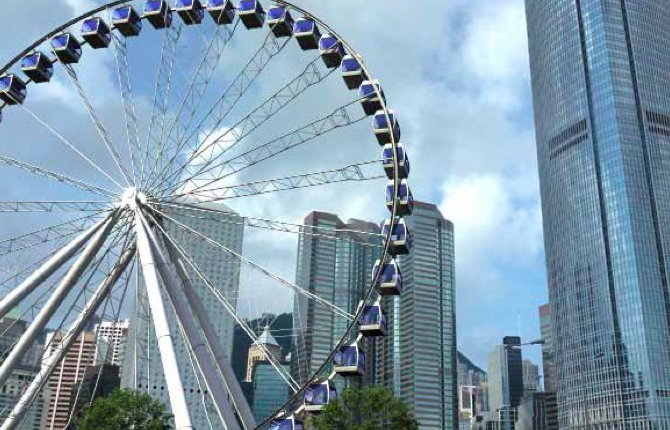 Yes. Yes, that is definitely a 60-metre Ferris Wheel.

Remember riding the Formula 1 Slip’n’slide and seeing the beautiful harbor from a vantage point on the AIA Ferris Wheel? Unfortunately, this isn’t the AIA World Carnival but it is the brand new Hong Kong Observation Wheel that once rumored to be launched on October 1st and finally launches today on December 5th, 2014 at 5pm. 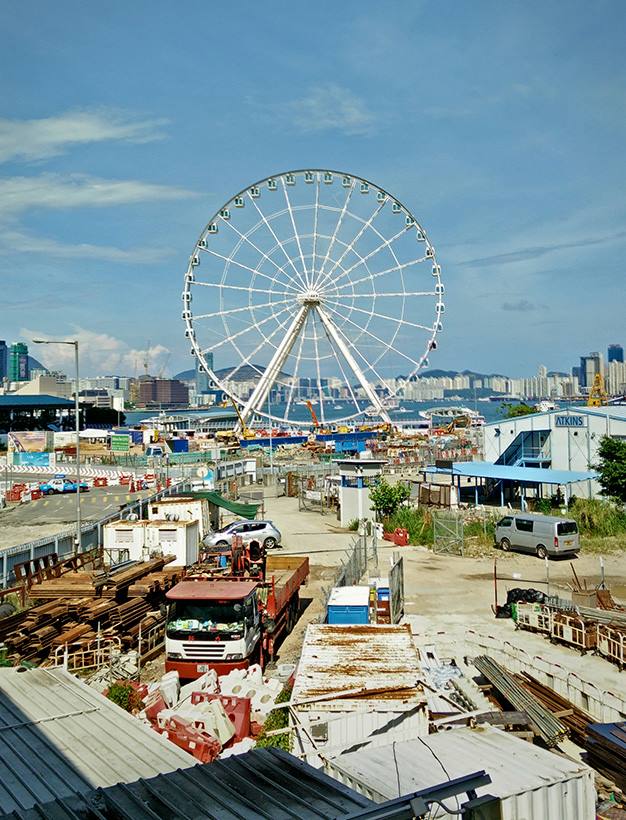 1. In May 2013, the HK Land Department awarded a three year contract to Swiss AEX, allowing them to build a harbour-looking Observation Wheel at Central pier 9 and 10

3. It finally launches after all the delay!!! (Where’s all the hype and excitement?!)

“A soft launch of the project will take place in September (which wasn’t the case!) to build awareness and anticipation. A higher-profile ‘launch’ will, thereafter, be carried out in cooperation with the Harbourfront Commission, Hong Kong Tourism Board, district representatives and the Hong Kong government,” it said in a paper sent to the commission.

4. But there were some serious concerns regarding the “Hong Kong Eye”, summarized fully by:

5. Not 100% sure whether this will be as successful as the previous company Great City Attractions Global, who wanted to build this in 2011 but went bankrupt and was taken over by SWISS AEX on 23rd May, 2013. hmm..