Movie Review – Sin City 2: A Dame to Kill For 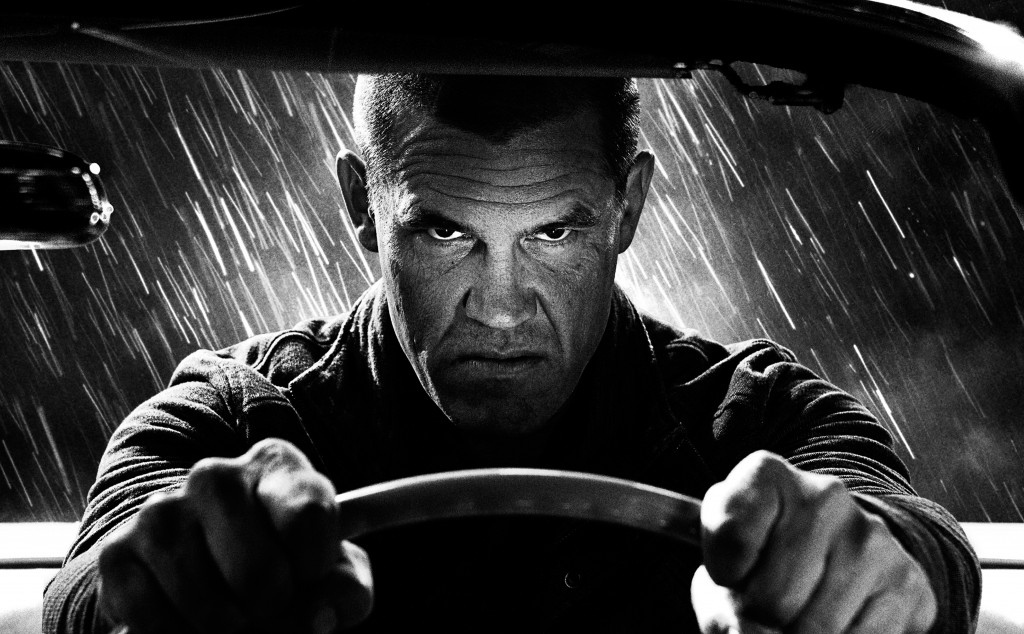 Sin City: A Dame to Kill For, the sequel to its 9-year-old predecessor, is essentially a continuation of it. For fans of the original Sin City, ‘Dame’ offers the same slick black and white style animation and visual designs that imitate the pages of a comic book: objects weirdly distorted from certain angles, highly-stylised movements, and grotesque, cartoonish backgrounds tower over the screen. However, while every aspect of the film (perhaps with the exception of the film’s narrative) has been improved, the repetition and considerable length of time that has passed since the original has made Dame a much less attractive sequel. Similarly, the film’s novelty has invariably worn-off with other similarly stylish films that have emerged in recent years, such as Immortals (2011), the 300 movies (2006, 2014), and Watchmen (2012). In general, Dame is a hit-and-miss and forgettable film of generally good quality.

For unfamiliar viewers, Dame follows the same visual style and narrative of its predecessor. The story pertains a few underground characters, including Marv (Mickey Rourke), Nancy Callahan (Jessica Alba), Johnny (Joseph Gordon Levitt), and Dwight McCarthy’s (Josh Brolin) encounters in ‘Basin City’, or generally referred by everyone unambiguously as ‘Sin City’. Sin City is run by corrupt politicians and policemen, where money and firepower rule the streets. Death is commonplace, and almost pedestrian to the story’s narrative. In essence, Dame features four cold tales of revenge that is served much like a typical classical noir (although it is evidently not), with lots of dark alleys, interrogations, beating up people, and expendable thugs.

What makes Dame special is of course its visual style. The entire film is almost entirely in black and white, with only few colours cues to highlight certain items of interest for the viewer. The colour-play is a great highlight and serves as convenient motifs for the story’s narrative. For example, Ava Lord (Eva Green), the epic Femme Fatale in one of the stories, makes her debut in the movie inside a dark, brooding, and derelict bar in an almost innocently and brightly-coloured light blue dress. At key scenes after interrogation, blood on characters’ faces are highlighted in red, a symbolic emphasis on one of Sin City’s main currencies; at other moments, blood is nothing but a splatter of white silhouettes, a visual cue that screams for the audience to pay attention to the action instead of the gratuity of blood. 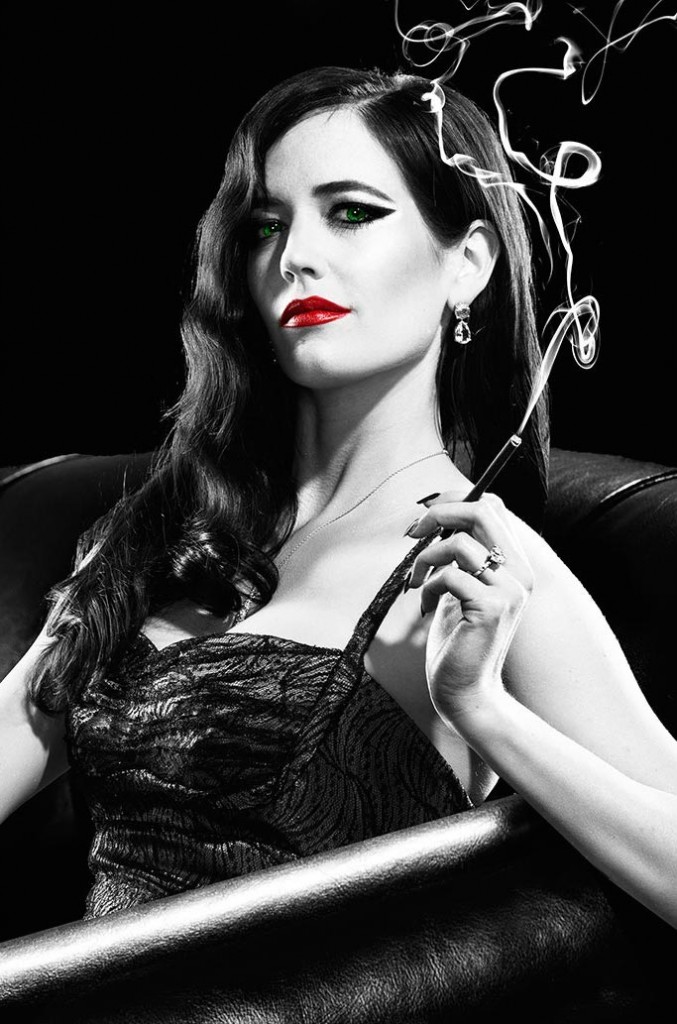 Eva Green [Ava Lord] will kill you with her emphatically seductive eyes.

While Dame’s style is still as stylish as ever, the story is perhaps equally bland. Evidently, the film is interested in violence and corruption, and like its predecessor, has no interest in character studies or explaining the human condition. All of the characters are so two-dimensional that only Levitt and Green, with their insane flair, are capable of making their roles somewhat interesting. Dame, while superior to Sin City with more interesting characters and actors, is too much of a repetition to be considered special. The violence grows repetitive and almost too commonplace to be shocking half-way through the movie, and the soundtrack is too generic to enhance the film’s brooding overtones. For those who loved the original, Dame will be a satisfactory pleasure, but nothing more. For newcomers, while Dame is still a niche comic-adapted movie, but you won’t be missing much if you decided to skip it and watch, say, Guardians of the Galaxy, and waited for the DVD release. The 3D adds nothing to it anyways.