Hasbro and BuzzFeed are giving YOU the opportunity to choose the cities to be featured in the brand new 80th anniversary special, Monopoly Here & Now: World Edition game.

Fans have until March 4th to pick from a list of 80 global destinations to be included in the special edition board game. Winning cities will be announced on March 19th, which is World Monopoly Day and the brand’s official birthday.

Set to be released in the fall later this year, players will be competing to visit as many cities around the board as possible, filling their passports with stamps and collecting cash from visitor fees along the way.

As of now, Hong Kong is ranked 4th, so vote away to get us into the top spot if you haven’t already! We’re hoping rankings 1 and 2 will land us the most expensive (and the best, obviously) blue spots on the board. We’re probably in greenish territory at the moment. 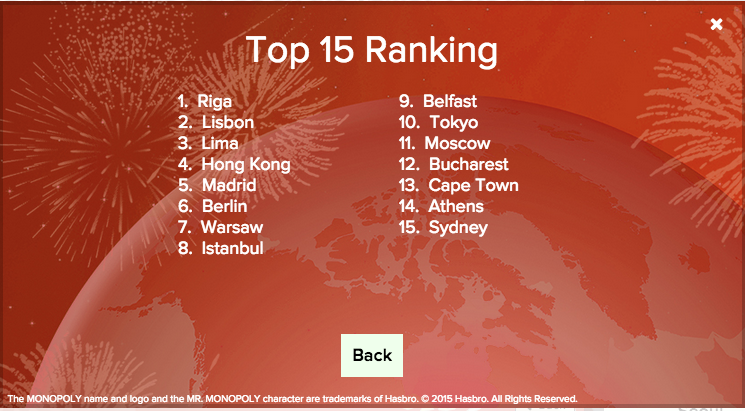 Earlier on this year, Hasbro France announced they’d replace Monopoly money with real cash in 80 Monopoly sets, ranging from $10 – $100 Euro notes, one of many 80th anniversary celebratory gimmicks Hasbro has pulled. We can’t wait to see what else Hasbro has in store for us.