What The Audience Won’t Know: 5 Fantastic (And Hilarious) Stories from The Phantom Cast

Whether you regularly go to the theatre or not, it’s easy to see that life as a show’s cast or crew member can be crazy. And when it’s a show as big, famous and long running as The Phantom of the Opera, crazy is definitely an understatement.

That’s why I snatched up the chance to meet the three Phantom of the Opera (POTO) leads and their assistant director this Monday (*insert rabid fangirl squeal*). 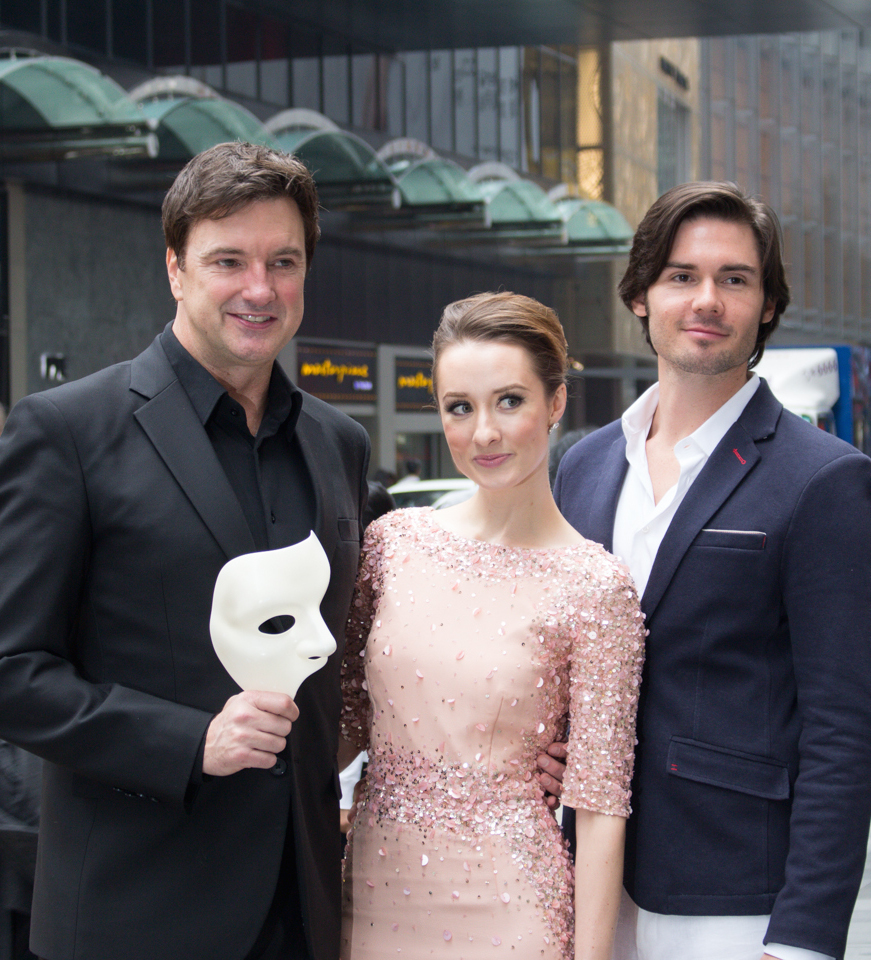 From amusing onstage mishaps to inspiring offstage tales, I’m telling you, the POTO cast had a LOT to share. Here are 5 of their most incredible/hilarious experiences from life on (and off) the stage.

So there was this particularly absurd incident in Capetown, which the pleasant Anthony Downing (performing as Raoul, the Phantom’s rival) told me about.

The stage had been freshly painted to create a glossy floor for opening night.

Opening night came around and the paint hadn’t dried yet. 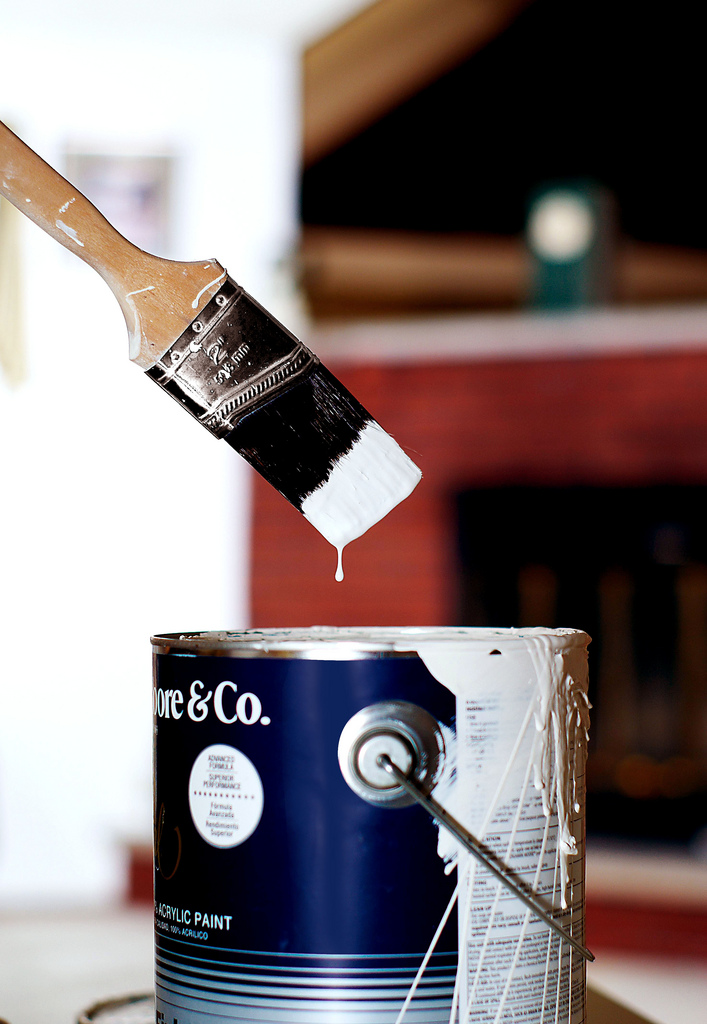 Try running around on a stage with this coating the floor. Anthony / https://www.flickr.com/photos/insight_imaging/4296674994

With an audience of 1500 due to enter in only a few hours, the show was starting to look pretty much done for. 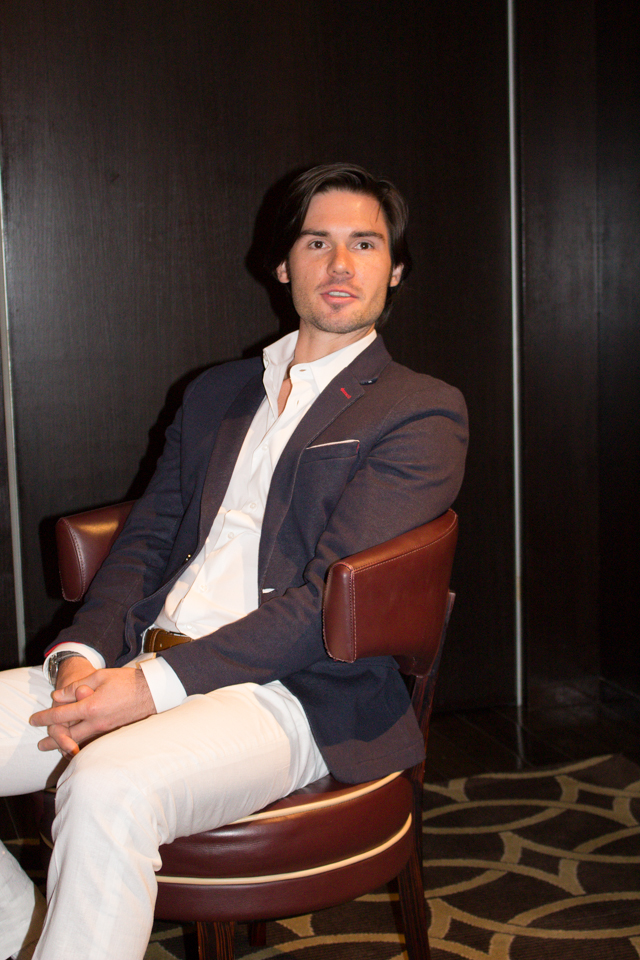 “Eventually, we had to put chairs onstage and perform it standing because you just couldn’t move around,” recalls Anthony.  To top it all: “that was my first night ever on the show!”

Did you know? – Directors know everything.

Well, at any rate, if they’re hired for such a top notch, highly staked, pressurising production like POTO, they’d better know everything.

So when I asked assistant director Rainer Fried to tell me something the audience wouldn’t know, he replies, “The audience don’t see that there’s a second show.”

He means the “show” that happens backstage. From actors doing frantic costume quick-changes, rapidly getting make-up done, or hurrying to enter a new scene, to crew members swiftly preparing for a set change or special effect – often, it’s busier backstage than it is onstage. 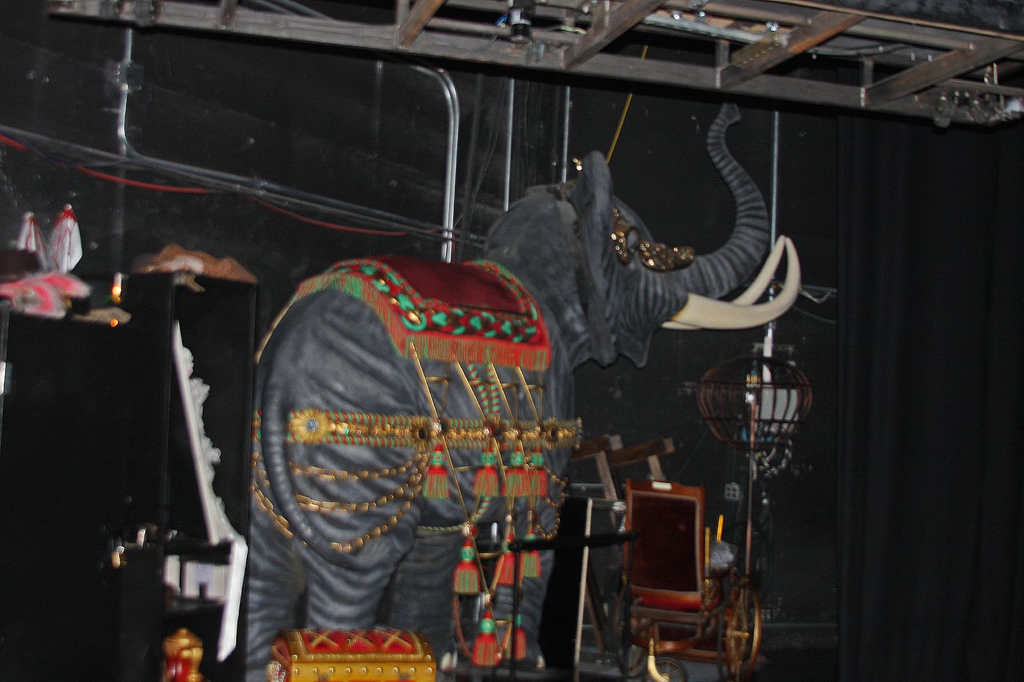 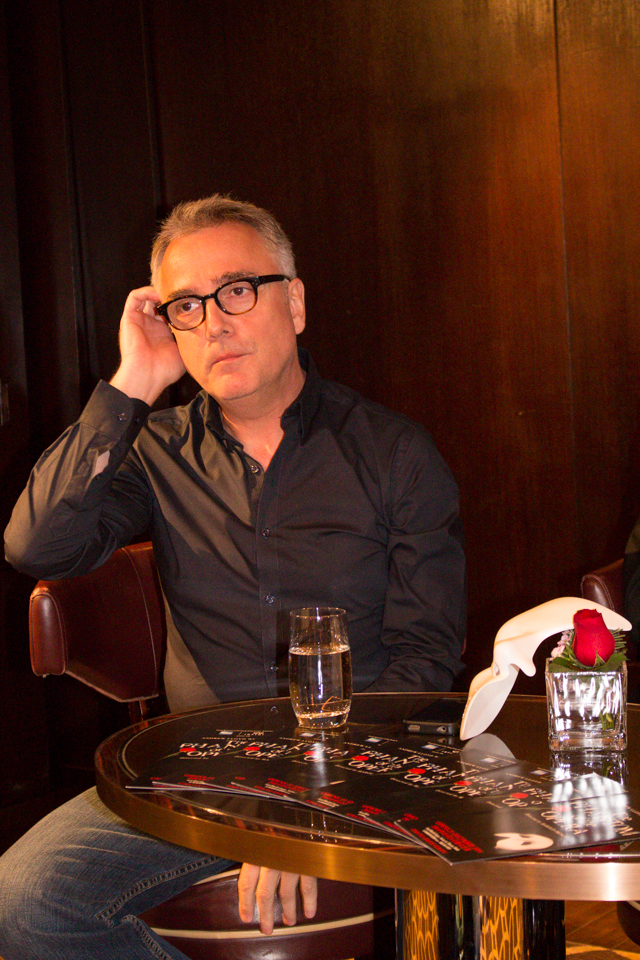 Here, Rainer Fried is thoughtfully staring into the distance like all artsy directors are required to do.

3. An Actor With No Confidence…?

Here’s another interesting story – Brad Little, the seemingly confident, easy-going star of the show (yep, he’s playing the Phantom!) used to struggle with low self esteem.

Even after landing such a coveted role, Brad used to be shy and found it hard to trust himself. Why?

“I’m dsylexic. Because of that, I really had no confidence. I’m just an actor from a small town in California and I’m suddenly playing the most famous character in musical theatre history.” 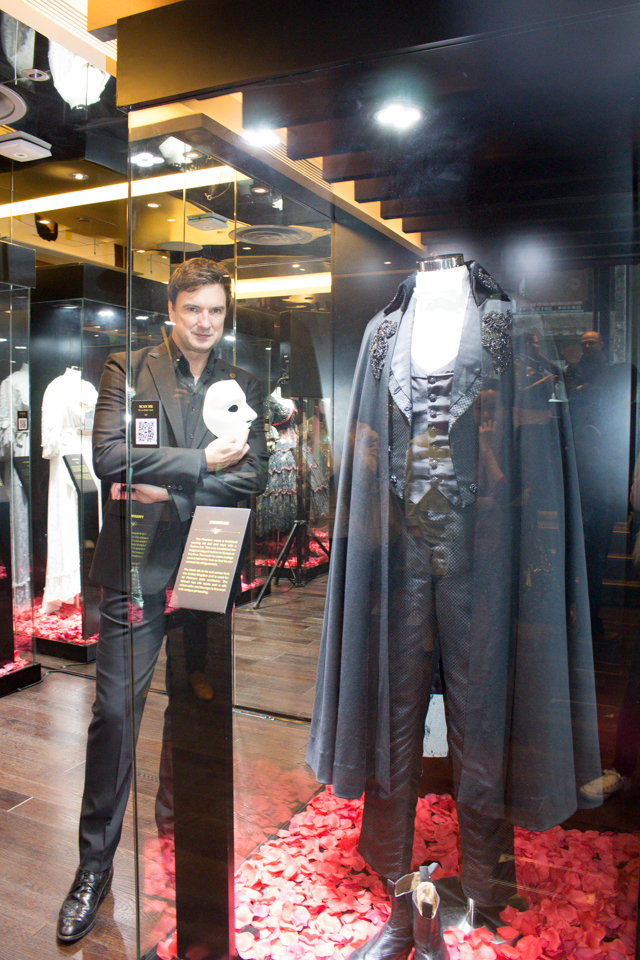 Brad Little, *confidently* posing alongside his costume and holding the Phantom’s iconic mask.

“Playing as the phantom, I had so many famous people that I had to meet and so many interviews to give. That’s a lot of pressure.

I had to learn very fast how to trust myself – to trust that my opinion was important. And I’ve overcome that in a big way – I’m not not dyslexic – but the role gave me great courage to stand in front of the world and say ‘it’s okay. I don’t need to be shy’.”

Brad has now played as the Phantom over 2000 times, and I never saw a trace of insecurity the whole time we spoke.

Rainer tells me that there is an infinite number of possible onstage mess ups – from actors falling, to performers donning the wrong costumes – but he remembers one specific favourite gaffe.

“It was back in Hamburg – during the scene when the Phantom comes into his lair and starts singing Music of the Night.” 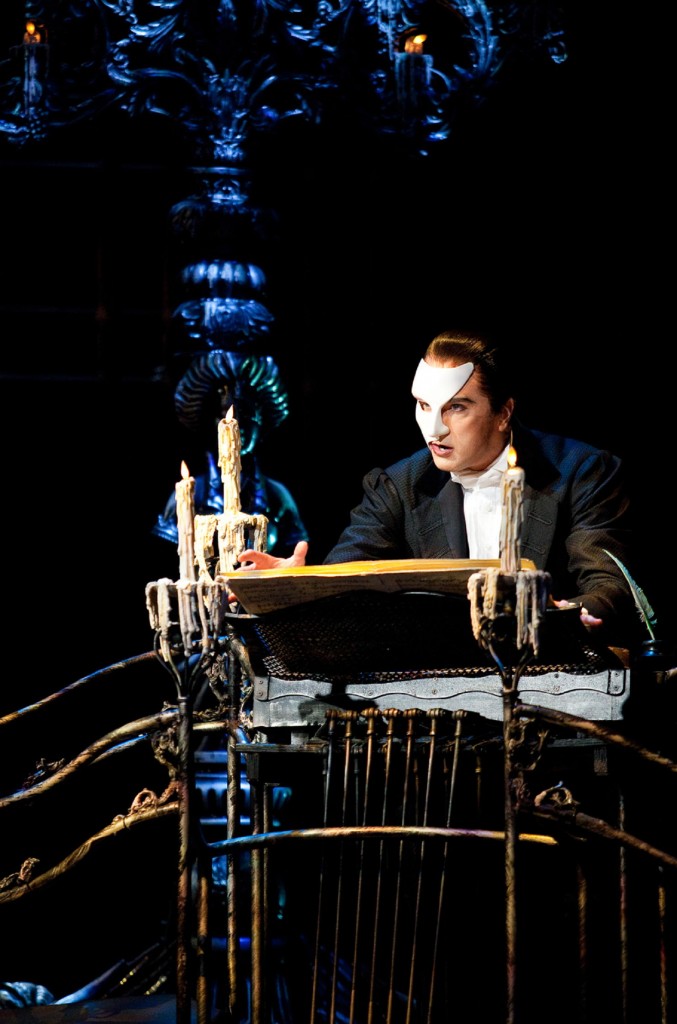 This scene, to be exact. Lunchbox Theatrical Productions / PRO Marketing

“That night, as he stands at the organ, singing, something goes wrong with the cue, and the organ slowly starts moving back offstage – with him still on it!”

The hapless actor ended up offstage, had to get off the organ – still singing – and had to walk back onstage as if nothing had happened.

“It’s very funny, hilariously funny when these things happen,” confesses Rainer, grinning. “Everything you can imagine happens – and the artists have to cover it up!”

5. So what can you get out of watching the show?

“Everyone takes something different away with them from this show, whether they were touched by its sense of compassion, or the music, or the sets and costume design. Everyone has a different experience.”

But which experience jumps out the most?

Claire doesn’t need to think twice. “I got a letter from a young girl who was bullied in school. Through the show she became more confident in herself through seeing what the Phantom had been through – so it does change quite a lot of people’s lives.” 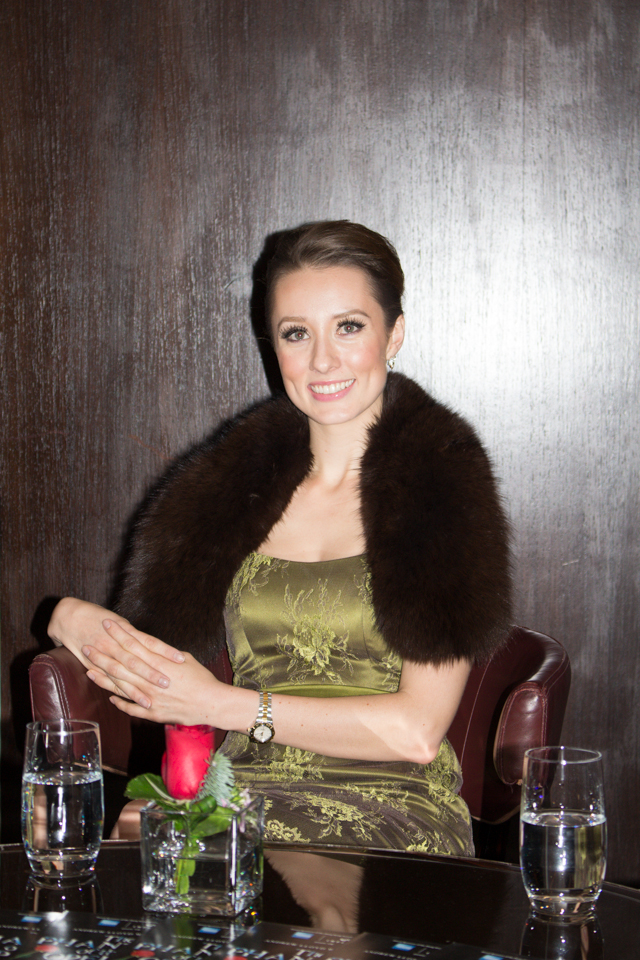 Anthony chips in: “Yeah, we’ve had a lot of letters like that – a lot. I think it’s because there’s one word to describe the show. And that’s ‘inspiring’.”

Okay, I’ll stop before it gets too cheesy.

But, as a person who’s seen the show – and keeps a CD of the score (highlights performed by the first ever cast, may I add) – I can tell you with conviction that they are not lying.

Find out why by checking out this brilliant show, while tickets last.

Opening night falls on December 21 and the show runs on until January 18, at the Asia World Expo.