In Defence of Our Generation: “The Lucky Ones”

Our new generation, the “after 90s” or “millennials” have it easy — at least that is what our parents and elders keep telling us. We live in a digital age, where communication is easy; most of us have a consistent hot water supply, and food and money never seems to be an issue for us. Our living environment is harmonious (at least relatively to the past). We are the luckiest generation ever – or that is at least how the narrative goes. 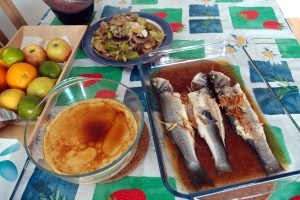 Food I should feel guilty for enjoying. Photograph: Raymond Lee.

I still remember the harrowing stories my parents narrated to me, night after night. “You know, back then, amongst our group of college friends, the richest of us had sauce to complement his plain, tasteless rice. Look at the dinner table before you: you have meat, vegetables, nutritious soup, and an endless supply [obvious hyperbole] of rice. You are so lucky.” My father bleated to me one night when I was 11. “During my years in university, I could not afford heating , and we never had enough coats to keep ourselves warm during the British winter.” My mum berated me when I complained about the almost dysfunctional heating system at my student hall. Here’s my favourite one: “You know, I had to work – not one, not two – BUT THREE part-time jobs to live through my university years. You are so lucky to have free time to get a girlfriend and watch theatrical shows.”

The evident conclusion evinced from these twenty years of story-telling (there is definitely enough material for a publication, I guarantee you that at least) is that I am spoilt brat who needs to feel lucky. I should never whine, never complain; shut up, man up, and do my thing. 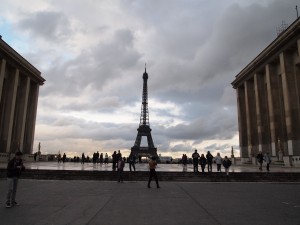 Sights I should feel guilty for enjoying. Photograph: Raymond Lee.

I do not deny, for a single second, that I have enjoyed many privileges that my parents and elders had not, and perhaps, taken for granted for a long time. More people across the world do not have what I have, and I am thankful for my parents. However, has our parents ever tried comprehending the difficulties of this generation?

It was April 2012, a month before my International Baccalaureate (IB) exam. I slept perhaps three hours a night at best, and my life routine consisted something along the lines of this: 1) Wake up at 6:00 a.m., read physics; 2) Go to school at 8:30 a.m., study English during advisory time (the time before actual class); 3) Go to classes, study maths during recess, read history during lunch time; 4) Go home, do past papers till 3 .a.m. the following day, usually having a quick dinner in between, before engaging in a short slumber.

I still remember one night, as my blurry eyes gazed down at my notes on the Cold War, I was awoken by a bang at the door, with my parents berating me for staying up late again. They spent an hour lecturing me on time management and the pain I was incurring upon myself for staying up every night. How could I expect to live a good life if I fail to take care of my body? I did not really have the strength or courage to retort, and so I set up a system, in which for every five historical facts memorized, I would mechanically nod and murmur a weak ‘mmm.’ My parents eventually gave up and let me be, but that night, inside my mind, I screamed with mad furor: ‘Maybe I am doing this because amidst a competitive environment, where every student does this? Maybe to at least strive for a decent future, I have to ensure that I maintain competitiveness by staying up every night?! Michelle Li  does it and she is our year’s highest achiever! At least let me try — just TRY — emulate her model and discover the slightest of successes!’

Our parents may never understand the scale of competition our generation faces every day. According to my father, who, as equally smart (or stupid) as me, was the top of his class and he only worked till ten at night. However, for us, the world’s population has bloated a lot since the 80s, and with a globalized economy and society, competitiveness, both domestic and international, has grown considerably. Having a degree no longer guarantees jobs, and certainly the job market is not interested in ‘less-than-excellent’ people. We pull all-nighters, because the competition demands it. The world is not interested in excuses like ‘I tried my best but I am not good at it.’ I was far from being the smartest, and I certainly pulled a lot of weight, put in a lot of extra effort before entering King’s College London; and what would have happened to me if I did not? Another series of annoying lectures on ‘how you did not work hard enough and now your future and your career will be terrible and oh god what did we do wrong whilst raising you and why must you be such a terrible son?’ During April 2010, I would have slept at 5 a.m., if I could. But I was no Michelle Li. I still remember my score of 39 being a disappointment (it’s not bad, right?). After all, I was nowhere near fulfilling the requirements for Oxford or Cambridge. So much for ‘try your best.’

Each generation has its own difficulties. Our generation has so many that even the length of the Magna Carta would not cover it or do all the issues justice. What often happens, however, is that older generations like to victimize themselves and tell society’s newcomers that they are the lucky ones and they should stop whining. In a sense, they are always right. However, it is more than often the case that statements like these dodges the issue and avoids the large picture. When did the previous generation ever have to deal with the effects of climate change, of high-end capitalism that has spurred massive income gaps, and many, many, other crises that they have created? Undoubtedly, our generation will most likely do the same, at least in terms of creating more global problems for the next whilst solving our contemporary ones. But at least, we should be more open and recognize that no generation is really that lucky in the sense of being problem-free.

But what do I know? I am just a spoilt millennial, whining about life.