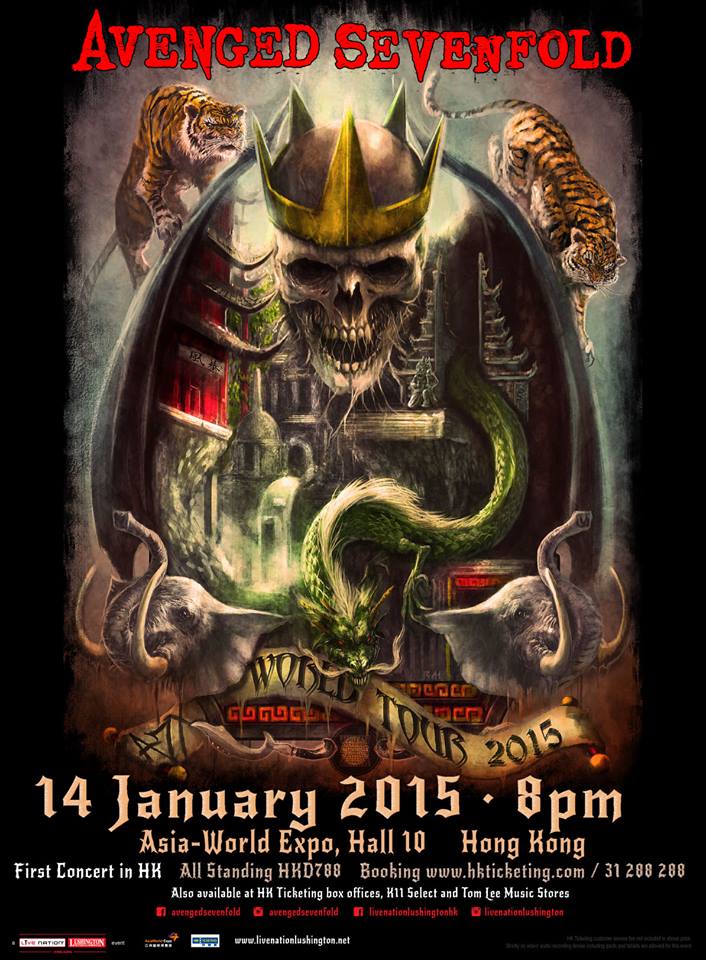 It’s a great time to be a metal fan in Hong Kong these days. Following Bring Me The Horizon’s  Hong Kong gig in November, multi-million album selling hard rock legends, Avenged Sevenfold will be getting the crowd moshing on 14 January, 2015 at Hall 10 of the Asia World Expo Arena! Single priced, all standing tickets can be purchased at $788 from www.hkticketing.com from Wednesday, October 19th 2014.

Let’s take a moment to marvel at the title single taken from their latest album, Hail To The King.