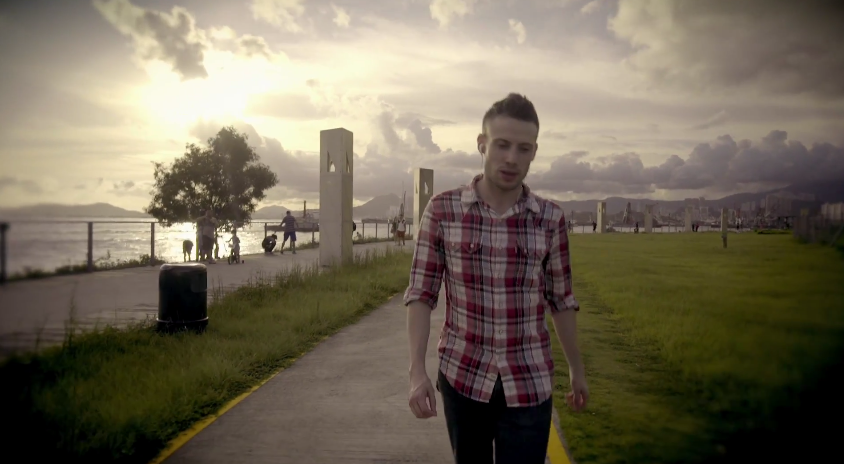 Singer/song-writer Kashy Keegan told MadbuzzHK in an interview last week that he wanted to make sure his songs were inspiring and encouraging, that they would be more than your typical mushy lovey-dovey pop song. It’s clear from Kashy’s brand new single, Need For Love, that he has really stuck to his guns.

Filmed entirely in Hong Kong (a first for a Western artist), by a local crew comprising of some former HKTV employees, the music video for Need For Love follows Kashy as he makes his way around iconic locations in Hong Kong in solitude.

“People seldom smile or even say hello to each other anymore. A lot of us are too busy looking at our phones and trying our best to avoid any kind of face to face interaction. You don’t often see that many examples of compassion, warmth, or friendliness. I have noticed this and felt this way for quite some time and so wanted to express my feelings about it.”

Through the song and video, Kashy says he wanted to reflect on how our addiction to machines has impeded genuine human interaction, and while modern technology has connected us virtually, we are still alone. It’s some pretty powerful stuff, and we’re all feeling it here at MadbuzzHK, because come on…we run an online mag. If anyone’s addicted to machines, it would be us (sadly).

Need For Love is the first single from Kashy’s upcoming new album “This Is My Dream”, which is due for release through local record company Evolution Music Group on October 27th 2014, so mark your calendars people.

You can check out the said music video for Need For Love right here:

P.S If all that talk of modern society being isolating is really confusing you, and you have no idea what we’re on about, let’s put it this way…Kashy is telling all you beautiful listeners out there he has a “Need For Love”, if you know what we mean *wink wink* (single and ready to mingle?).

P.P.S We swear the song really is about modern society though.