Kashy Keegan opens up about his post-HKTV music career and tackles our Hong Kong Citizenship Quiz
Home Entertainment The “Fierce Sea Urchin:” Where Is He Now?
0
SHARES
ShareTweet

Around March, Hong Kong was going crazy over a certain Frenchman called Humphrey Dupont, better known as 激烈的海膽 (translates to “fierce sea urchin”). An image of his HKID, which includes his self-picked Chinese name, circulated the internet, resulting in thousands of views on various sites, and even his own Facebook page!

These days, Humphrey has been keeping himself busy with university (he is a computer science student at HKUST), but I was lucky enough to catch up with him and hear about how he’s been doing over the last few months.

“I’ve just been better and better!” Humphrey laughs, “Things are going great, just trying to stay on top of my studies and running.” Humphrey is also part of the Track and Field Team at HKUST, recently coming in at third place in the annual campus run. 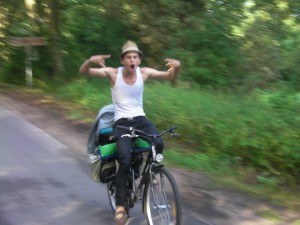 Humphrey on one of his many adventures! Photo Credit: Humphrey Dupont

Humphrey also recently started a group on Facebook called “Super Hikers,” which has picked up momentum and is on its way to creating a “hiking culture” within HKUST. With almost 150 members and counting, this group is open to anyone who wants to experience the many scenic hikes of Hong Kong, catch up with some much needed exercise, or even meet new people and make friends. “Instead of inviting specific friends to join us and creating a Facebook event that is just exclusive to us, this is more for whoever wants to join. The cool thing about this group is that you can join the hike literally at the last minute! We just tell you where and when to meet, and you can just show up!”

With all this happening with Humphrey over the last few months, I couldn’t help wondering whether he was still in touch with his many admirers. “I don’t have as many people as before coming up to me on the streets and asking whether I am [the fierce sea urchin]. But it always feels nice when I do!” 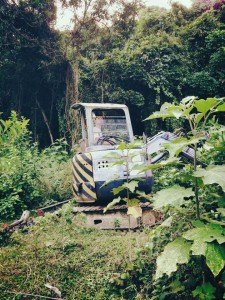 The Fierce Sea Urchin: always on the lookout for the most random attractions. Photo credits: Fatema Hashim