Kashy Keegan opens up about his post-HKTV music career and tackles our Hong Kong Citizenship Quiz
Home Entertainment Interstellar vs. The Martian – the Ultimate Showdown 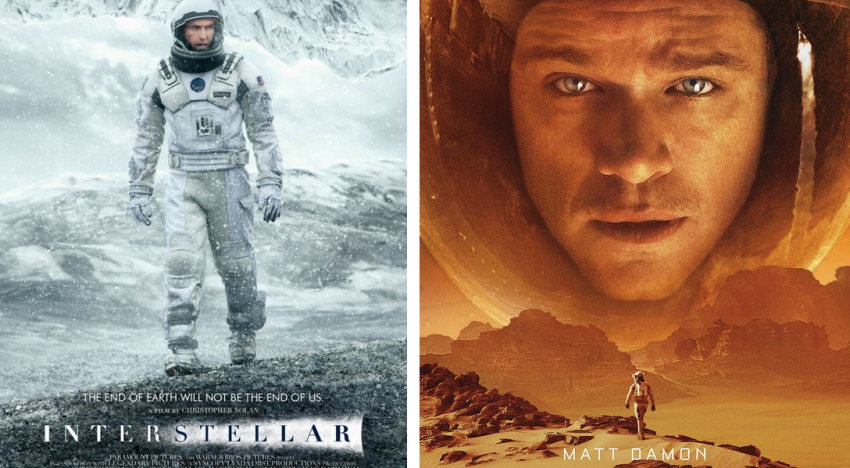 A comparison of Hollywood’s two best recent space flicks, Interstellar and the Martian (that is, until Star Wars: The Force Awakens comes out, of course).

Popular opinion, as deemed by IMDb, Rotten Tomatoes, and Metacritic, seem to give the Martian a bit of an edge. The Martian has a higher overall rating by 8%, so the winner of this category is probably The Martian.

The Martian is pretty straight-forward… retrieve Matt Damon from Mars! Interstellar, on the other hand, focuses on an epic journey to seek a hospitable planet once earth has met it’s demise. Critics have argued that the Interstellar plot, with it’s complex astrophysics, was a tad confusing, especially for younger audiences. I suppose deciding which is superior boils down to what you look for in a movie, engaging and thought-provoking stories or something to take your mind off a stressful day of work. I’d probably say the two are tied in this category.

Special effects play a huge role in space flicks, and understandably so when mankind hasn’t come as far as actually filming movies in outer space. Interstellar received it’s only Oscar in 2015 for special effects, giving the special effects in this movie a huge stamp of approval.

The movies have tied in these categories, so the final decision has to be made by the viewer: do you like a slightly more confusing and twisted story, or a more basic and structured story? Vote in the comments below!