Ever since word got out that hip-hop icon Kanye (A.K.A. The Louis Vuitton Don) has taken his kick game to Adidas, there has been an incredible amount of hype surrounding the release of his first pair of sneakers and we’re happy to say the extended wait is finally over.

Here are a few leaked photos of his new Adidas kicks: 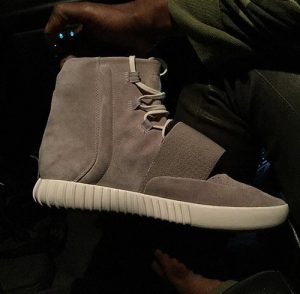 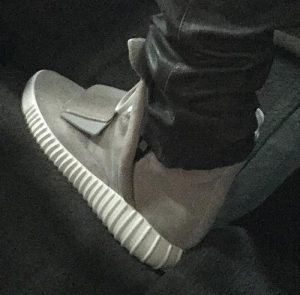 Kanye was also spotted in his kicks at the Roc Nation Pre-Grammy brunch:

Pretty sexy huh? The new pair of sneaks have been dubbed by Kanye’s close buddies Theophilus London and Ibn Jasper as the “Yeezy Boost” but has been said to be officially named the Yeezy 750 Boost. The new Yeezys feature a hightop one colourway design with Kanye’s signature strap on the front just like his previous Yeezys. They also feature a very stylish white sole and a slit on the outside of the sneakers, giving it a pretty unique overall look.

The Yeezy 750 Boost is set to be officially released during the New York Fashion Week (Feb 12-19).

This is only the tip of the iceberg for the upcoming Kanye x Adidas collaboration and I for one can’t wait for what else Ye has in store for us.