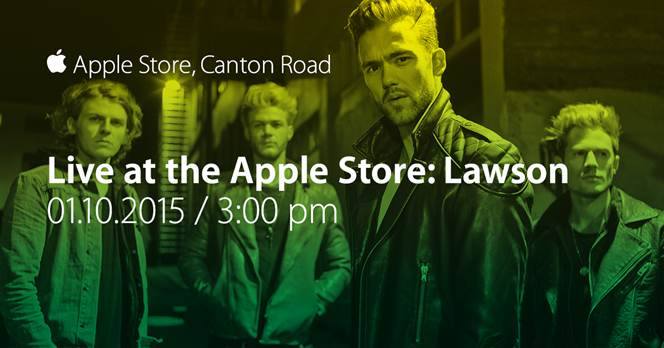 Turns out there is more to Apple stores than iPhone 6S’s.

British pop / rock band Lawson will be doing a FREE mini gig in Hong Kong, for the first time, at the Canton Road Apple Store, on Thursday October 1 (public holiday wooo) at 3:00pm. Fans can expect to hear the title song from their latest album, Roads, as well as other hits.

Lawson have had 5 UK top 10 singles since their debut in 2012, most notably When She Was Mine, Standing in the Dark, and Brokenhearted.

They are also well fit.