Kashy Keegan opens up about his post-HKTV music career and tackles our Hong Kong Citizenship Quiz
Home Entertainment The Martian: Is it worth watching? 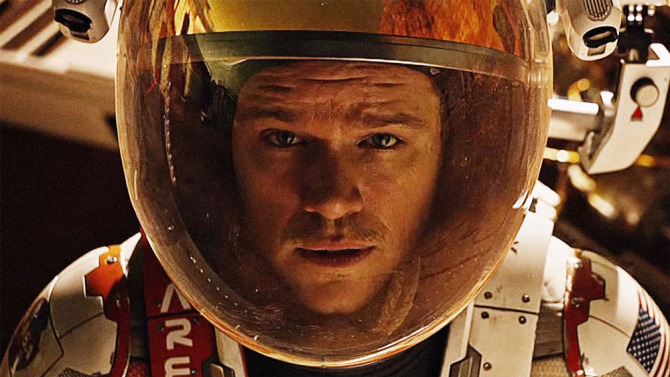 So, as many of you may be wondering, why does Matt Damon need saving so many times? One would think that after being rescued from war in Saving Private Ryan and subsequently becoming stranded in space in Interstellar, Matt would learn his lesson, but it appears not.

Similar to Interstellar, The Martian puts on it’s space boots and takes us back to a disaster strewn voyage into the cosmos. However, you can’t help but notice some differences right off the bat. The Martian doesn’t aim to be as ambitious or as flashy as Interstellar was, and instead takes a lighter adaptation of the same novel by Andy Weir.

The story revolves around astronaut Mark Watney (Damon), who is left on Mars after being mistaken for dead by his colleagues. With all the odds stacked against him and a meager amount of supplies to depend on, Mark must use his ingenuity and wit to make the best of the situation while NASA scientists work tirelessly to bring ‘The Martian’ back home. All this is made better by cinematographer Dariusz Wolski and Production Designer Arthur Max’s grimy rendition of Mars with it’s swirling debris and realistic shots of faraway planets.

Combined with 70’s disco hits and Matt Damon’s engaging solo showmanship, we are drawn into his world as he we know exactly how to read him for an impending burst of irony or a fit of pique, seconds before it comes on as well as great one liners such as, “I’m going to have to science the s— out of this.” All in all, The Martian manages to be funny and engaging while maintaining an air of pseudo “nerdiness”. The Martian does not contain as much intellectual depth as Interstellar, but it doesn’t need to either as it aims to stimulate a different muscle, the heart.