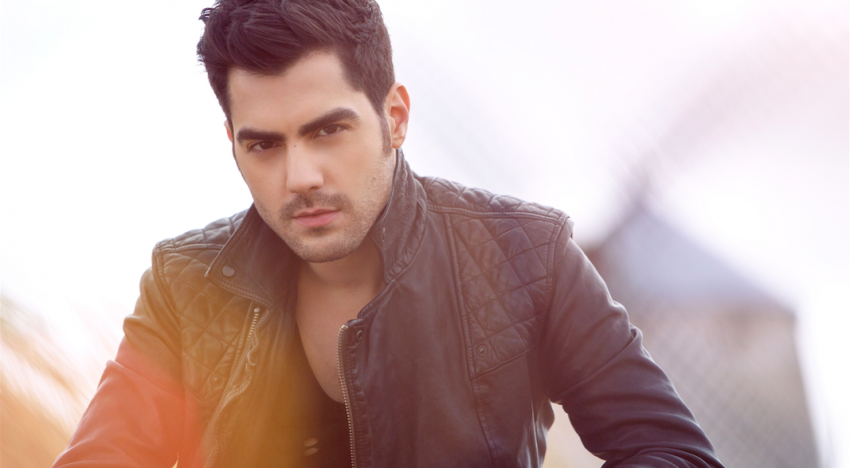 With an unstoppable mix of rock star charisma and virtuoso playing skills, Miloš is bringing classical guitar to new audiences around the world. His next stop is Hong Kong where he’ll perform a recital at City Hall next month. Matthew Keegan chats to the man who is hotting up the classical world…

You last played a sold out recital in Hong Kong back in 2012. How did you find it here?

I honestly had the most fabulous time visiting Hong Kong last time! I have travelled in Asia extensively, with Hong Kong truly being the place where I could even imagine myself living. It’s really such an incredible place where you can have so much fun and also so much access to the other places in Asia. It’s one of my three top cities in the world. I now have a lot of friends there and both personal memories as well as professional memories. I really can’t wait to play in Hong Kong again. There is a great vibe to the place and great shopping too.

What can we expect from your live show this time?

I’ll be playing a very broad mix of genres of what can be done on the guitar. I really look forward to creating some heat in the hall with an extraordinary sonata by Alberto Ginastera. He’s a composer that might not be familiar to many in Hong Kong, but the sonata is really turbo-charged and one of the most spectacular pieces that exists on the guitar, so look out for that!

The press seem to focus a lot on your looks often labelling you “classical music’s heartthrob”. What do you make of the labels and do you think they help or hinder your career?

It’s a bit of both. If you are a young, good-looking guy there’s nothing wrong with that and if you are good at what you’re doing – even better! But honestly, I really try not to think about it so much because that kind of marketing stuff is the job of other people. My job is to go out on stage and play for two hours and stimulate the brain of two thousand people and create so much energy that the attention of those two thousand people will not drop in those two hours, but on the contrary will grow by every second. And this is something that requires a great amount of focus, concentration and skill. All the titles like “heartthrob” “revolutionary” and “hero” become less important because what’s important is what’s happening on the stage. You’re only as good as your last concert and so no matter how much fuss is made about you, the truth always speaks for itself in the actual performance. 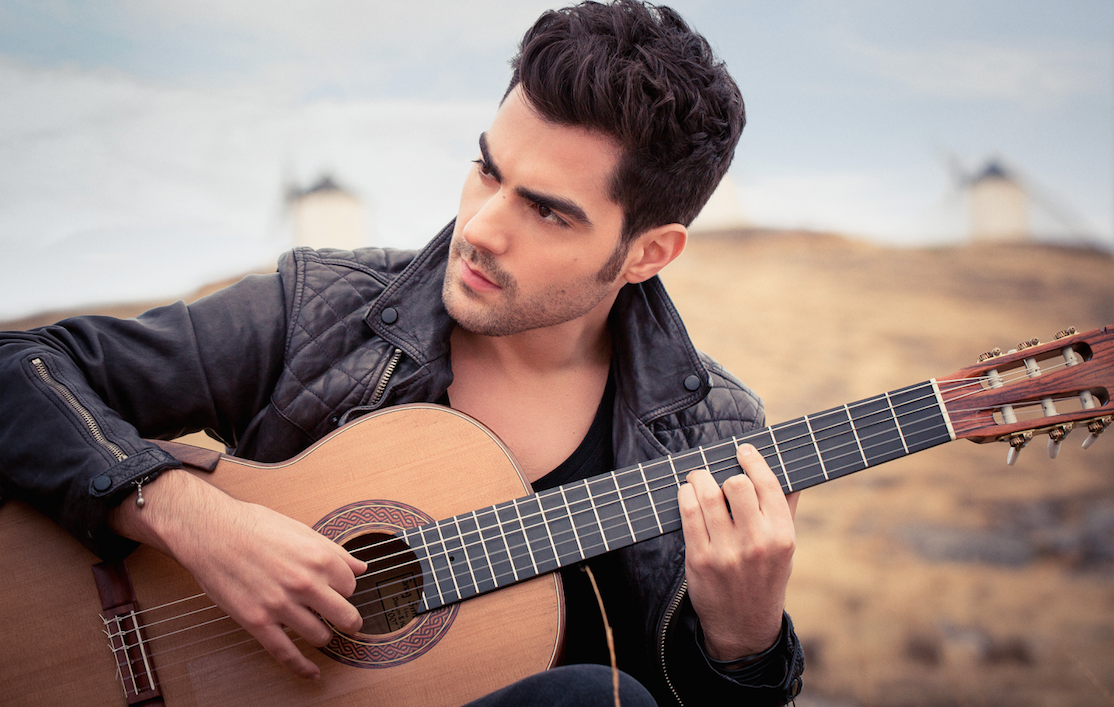 Classical music is often perceived as being quite stuffy and elitist. Do you think you can be a bridge towards attracting a new audience to appreciate classical music?

Absolutely. The guitar is an instrument that so beautifully bridges that gap, because it’s the most popular instrument in the world and yet it’s a classical instrument as well. Out of all the instruments that have a classical tradition, which can be intimidating for some people, the guitar doesn’t scare anyone, it just invites everyone. And then through the guitar you can discover more classical music and it’s a fantastic starting point.

The music industry as a whole is criticised a lot these days for focusing too much on image and sexualisation of artists to try and sell music. Many claim there is too much style over substance. Do you agree?

Yeah I have to agree with that, but it doesn’t necessarily apply to classical music as it’s a very different kind of world.

The only thing in classical music that we are all trying to do now is make it more current. For so long, classical music was this thing of the past and unless you had a very romantic idea of the past, it’s not something that would necessarily excite you.

So, as young artists today, we have to think of innovative ways we can apply to our craft, because what we are doing takes so many years of hard work to be able to play even one minute of a recital. It’s just something that we are trying to be less precious about and invite the audience into our world rather than waiting for them to come to us.

With your latest album ‘Aranjuez’, was it your decision to pay tribute to some of the most iconic Spanish works?

I wanted to start with the music that’s at the very core and essence of the guitar as an instrument, which is naturally the music of the Mediterranean of Spain and Latin America. In that repertoire, the most important and the most challenging works are the two concertos by Joaquín Rodrigo. So this is an album that I’ve looked forward to making my whole life. From the first moment I heard Rodrigo’s ‘Concierto de Aranjuez’ it was my dream to be able to play it with an orchestra. I toured it around the world and then I finally recorded it with my favourite orchestra, The London Philharmonic Orchestra and my absolutely favourite conductor Yannick Nézet-Séguin. We recorded the album at Abbey Road Studios in London. It was one of those recordings where all the stars aligned somehow. It was just one of the most rewarding, intense and incredibly satisfying processes where the only thing you care about is being able to make the best possible music that you have inside you.

Who encouraged your love of music growing up?

I grew up in a family that loved music, but had no connection with classical music. Everybody in my family either works in economics or has something to do with numbers. I always had a very strong affinity towards music. My grandmother had an amazing voice, and she and I would always sing songs and then perform them in front of my family. I started to play the guitar at the age of eight. In the beginning I didn’t like it so much because I didn’t really want to play classical guitar. It was completely alien to me. But then later I fell in love with it and I just practiced and everyday I was becoming more and more enchanted by the world that I was able to create with this music.

What challenges do you come up against as a young musician in the classical field?

A lot of people think that if you’re a classical musician you just naturally play all this amazing music without much effort. No! You have to face so many obstacles in order to arrive at a beautiful destination. To get to the point to be able to express music on this level requires such a tremendous amount of work and a tremendous amount of joy as well as suffering. Because, when you’re on your own and you’re practicing, it’s not always fun. The one thing that makes me so happy is that, all the work that happens before, and all the music that you prepare before on your own, suddenly when you’re on stage and you play that first note for the people, that’s the moment when the music comes alive. It takes a life of its own. You are only a medium through which the music passes. That is the most extraordinary personal feeling and it becomes quite addictive.

You’re constantly touring, do you ever get tired of it? What keeps you motivated?

I play over 100 concerts a years and sometimes my friends wonder how I do it. They ask ‘does it ever get too much?’ Sometimes I do get tired, but it’s like a drug and you want to experience new things. Every concert you experience something new and that is the most amazing feeling.

In my mind, music is the most beautiful expression of human creativity. To have a gift, to experience music in this way and to share that experience with so many people around the world is something that makes me feel like the luckiest person in the world.

What’s in your music collection at the moment?

I’m listening to a lot of jazz. I’m exploring that world because I’m quite new to it. I started out with lighter stuff like Diana Krall and Gregory Porter which I like very much. Then I’ve discovered some amazing instrumental jazz music that I enjoy. From the old stuff I really enjoy Ella Fitzgerald and Nina Simone. This is the music which, at the moment, is very soothing to me. It’s very rare that I get days off, but when I am at home in London, this type of jazz music is what I love listening to.

Do you stick to playing purely classical pieces, or do you like to experiment?

I’m always open to interesting collaborations and ideas. But whatever I do, it needs to be true to who I am as an artist. I am a classical guitar player and classical guitar is the style that I love more than any other. So, if I am playing a pop song, I’m going to really make sure that the arrangement that I play is using my full capacity as a classical guitarist, because only then is it really worth it. I don’t really like compromise.

It’s becoming harder than ever before to be a musician of any description – to sell albums and concert tickets, do you think that will discourage future generations from wanting to pursue music?

What we are experiencing right now is a time of change. But it’s also a time of opportunity. If you are young and creative and you have a message – your message will be heard. And you will find a way for your message to be heard.

I believe that the future of classical music is bright because the need for hearing music played live and the feeling you get as listener in a live recital cannot be substituted with anything. There will always be people who will want to experience that. The ways we listen to recorded music has changed so much, because CDs are not the main way we listen to music anymore. Now it’s online streaming like Spotify. But the good thing is that, it empowers more live music. It also empowers a different approach to how you record music and how you present music. It might not be about albums anymore, maybe it’s about singles – even in classical music – so I think we are in a time when a lot is changing and it will be very interesting to see what happens.