Myanmar: The Upcoming Hotspot of Asia

When looking for somewhere closer to home to go on vacation, Hong Kong-ers tend to look for sun, sand and surf of beaches in places like Boracay, Bali or Phuket. Or perhaps for a dash of culture, we venture out towards some of the beautiful regions in China or Vietnam. However, there are quite a few hidden gems within Asia, one of them being Myanmar, formerly known as Burma. Famed for its towering golden pagodas, the export of dazzling jewelry, and the Nobel Peace Prize winner Aung San Suu Kyi, this country is a raw gem waiting to be cut and polished.

Although it is no longer the capital, Yangon is the centre of Myanmar in terms of commerce. The most notable site in Yangon, in perhaps the whole of Myanmar, is Shwedagon Pagoda; a 100 metre golden pagoda built in the 6th century which is said to enshrine the relics of four Buddhas. While Shwedagon Pagoda itself is impressive, the surrounding area is just as breathtaking; hundreds of smaller pagodas, Buddha statues and temples surround the structure, giving it the feel of being inside a small. golden city within a city. 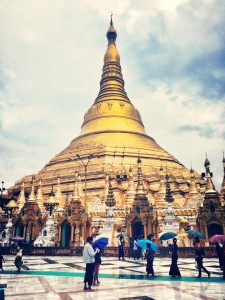 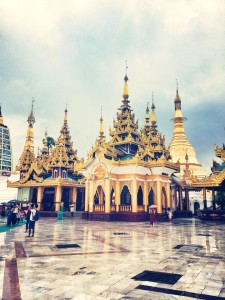 Other than visiting the Shwedagon Pagoda, Yangon offers a lot of things to do, both typical city activities such as dozens of markets and many restaurants to chose from, as well as many cultural sites. Some other places to check out: Inya Lake for a breezy walk, and Myanmar Gems Museum, which will leave you in awe.

About two hours away by car from Yangon is Bago, a small city, which houses the largest reclining Buddha statue the world: The Shwethalyaung Buddha. A jaw dropping structure, this site is definitely worth investing a day during your visit in Myanmar to travel to.

Up To The North

Mandalay, located in the upper region of the country, is said to be the cultural centre of Myanmar. The best way to really get the feel of the culture of the city is to travel around by bike. Mandalay is also the place where you can get the most authentic Burmese flavours, so make sure to sample the local cuisine! A personal highlight would be the Burmese A thoke, or salads; the blend of fruits, vegetables, chili, lemon juice and peanuts makes the taste unique from anything you have ever tried.

With flights from around HKD 2000 from Hong Kong to Yangon, Myanmar is affordable to get to and visit – check out AirAsia for the best deals. Commuting within the cities is also relatively inexpensive, with cabs in Yangon being much cheaper compared to Hong Kong. Make sure to brush up on your bargaining skills, as you will be needing it quite a bit when negotiating with cab drivers and market vendors!

Travel tip: Since many of the locals do not understand much English, it is advisable to ask the concierge at the hotel you are staying to note down addresses in Burmese beforehand.

Make sure to purchase a longyi, a sarong-like piece of clothing which is the traditional attire of the Burmese, worn by both men and women!