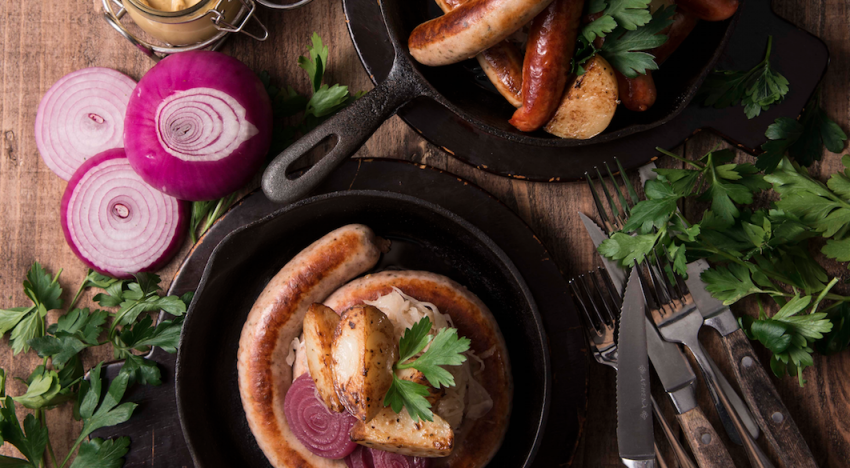 Some boring but necessary bits of history

German and beer-related. We reckon that’s probably the extent of knowledge that the general public will have regarding Oktoberfest. Knowing that, we did some Googling so you don’t have to, and here’s what we found.

1. At the heart of it, Oktoberfest was really just a big wedding party.

Peeps living in Munich were invited to partake in a series of festivities to celebrate the marriage of  Crown Prince Ludwig to Princess Therese of Saxe-Hildburghausen in October 1810, and it eventually became tradition when people decided to commemorate the marriage on an annual basis.

2. There is a lot more to Oktoberfest than beer

Today, Oktoberfest is a ~ 16 day folk festival held in Munich from mid/ late September – early October, complete with carnival rides, game stalls, German food and beer. Oktoberfest celebrations are also held across other German cities, and internationally, which is where Hong Kong comes in.

are rather unlikely to pop up around town, what Hong Kong CAN offer is German food, booze and carnival games (in non-carnival settings). And we’re here to tell you where exactly to get involved with both.

Where the parties are at

Slow Braised Wagyu Beef Cheek with even more mash yaaaaaaaas ($258). Your beef (and all other food orders) will come with an additional glass of beer.

I think we’ve established by now that sausages (some even capable of achieving a spiralling length), potatoes and sauerkraut will be festival staples, and will all feature in this Wildfire sausage platter ($228).

and Erdinger Weissbier beer in every nook and cranny of your pork knuckle, having been used to marinate the thing ($178).