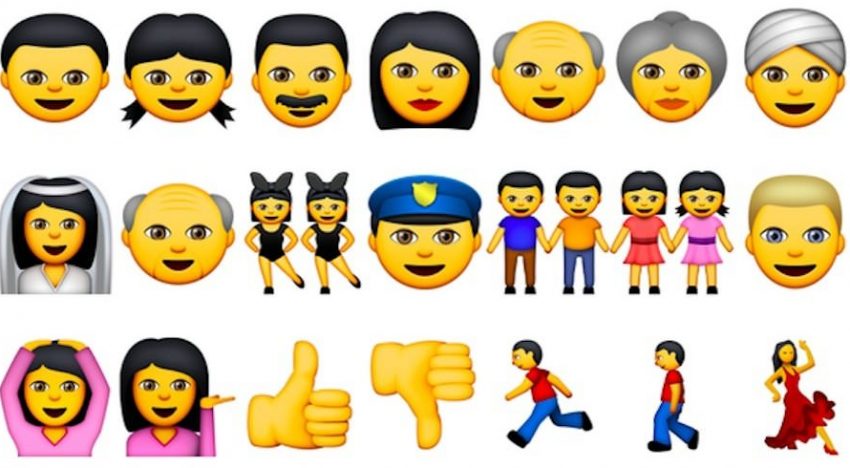 Emojis speak louder than words. There’s nothing like a good emoji to lighten up awkward conversations and to sprinkle a bit of personality in your texts. My personal favourite is the”hair-flick” emoji. Although the decision was well-intended, we can’t help but think they didn’t quite think things through when they released them. The yellow faced emojis play on the history of racist Asian stereotypes, and have already caused huge backlash on Twitter.

Don’t understand why Asians should be thrilled to use bright yellow emojis. What are we, the ‘Bert’ race? pic.twitter.com/9eDdSCJf60

WHAT COLOR AM I GODDAMMIT?! AM I YELLOW?”These are Apple’s new, diverse emoji http://t.co/Kqr6OEOuyx via @thenextweb” pic.twitter.com/1NqB9NpaPw — Maddy Tabing (@madtab) February 23, 2015

Many people are clearly upset about Apple’s decision but an Apple analyst, Rene Ritchie, has defended the company’s decision and explained that the yellow emojis were actually not intended to represent the Asian race.

Rene Ritchie, tweeted, “The yellow emoji aren’t meant to represent a skin tone. They’re default emoji yellow. Tap to hold to get one of the five skin tone choices.”

What do you think? What is up with the yellow skinned emoji?