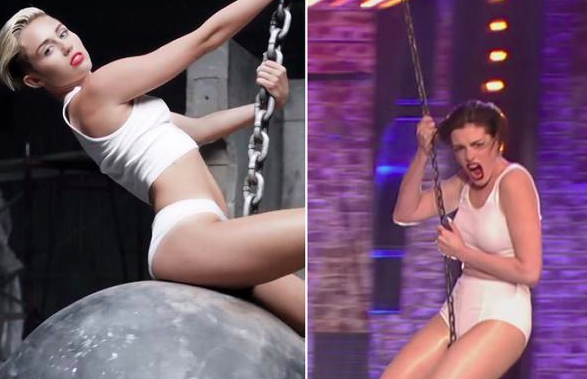 Well, the segment has now taken on a life of it’s own and has turned into a spin off show on Spike, which premiered on April 2. The very originally titled Lip Sync Battle had Anne Hathaway on recently, who did a killer performance of Miley Cyrus’ hit song Wrecking Ball. In full Miley Cyrus gear (from the slicked back hair to the white cropped top), Anne goes all the way and rides an actual wrecking ball, while giving us the finger.