Hong Kong. The enigmatic city where East meets West, where skyscrapers meet deeply rooted traditions, where bustling nightlife meets vibrant wildlife. Yet while Hong Kong does have a lot to offer to quench one’s wanderlust as a tourist, where there are tourists, there are likely to be tourist traps, which is why Hong Kong raised MadbuzzHK editors Donna, Adrian and I decided to scour through Hong Kong’s top 10 rated tourist attractions according to TripAdvisor, to give our very frank opinions about them as Hong Kong locals.

A: The most generic picture ever taken of Hong Kong.
M: But also one of the most stunning pictures you could take of HK.
D: That sound and light show they put on each night is a bit of burn of tax payer money though… and doing great things for pollution.
A: Wow that’s pretty aggressive.
M: I feel like the IFC is a building Tom Cruise needs to hang off of for them Mission Impossible movies.
D: ….Right.
M: Hong Kong for MI6. It needs to happen.

A: If you feel like paying 50 dollars for a little peak of Hong Kong.
M: I see what you did there.
D: And if you don’t want to pay 50 bucks for the Sky Terrace at the Peak Tower, you can sneakily catch the same view from the patio of McDonalds. I really can’t complain about the Peak… I mean come on, you can get Bubba Gump Shrimp there. From actual Forrest Gump.
A: To be honest, the Peak is the biggest tourist trap in Hong Kong, not to mention everything there is severely overpriced.
D: I agree about things being pricey but the place itself is very romantic! That makes it worth checking out. Like, imagine if you had a date at the Peak. That sounds classy AF.
M: Oh and if you ever want to vent anger, it’s also very therapeutic screaming things off from the Peak over the rest of Hong Kong. I have done that.
A: Have you really?
M: Yes.

A: Been like once in my life. Literally.
M: #aintnobodygottimefordat
A: Word.
D: WOW you guys!?! It’s like the cheapest mode of transportation to cross the harbour. It’s $3.40 compared to $20!
A: Damn. That’s ferryyyyy cheap.
D: Lol. And one of my favourite coffee shops, Unar, is at Tsim Sha Tsui Star Ferry Terminal.
M: Fine. I guess it’s another one of those cute first date things. That’s it. Date planned. Afternoon coffee at Unar, Star Ferry your way across to Central, then dinner at Buppa Gump Shrimp Co. at the Peak. 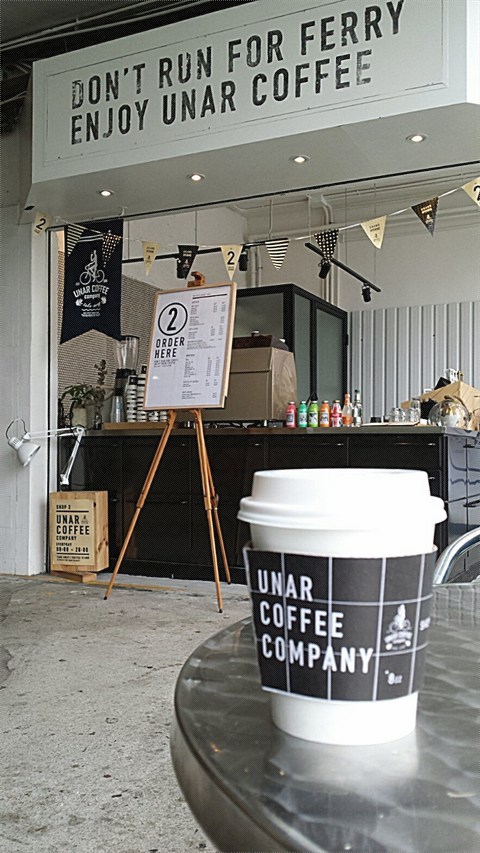 D: I find it funny how people just go there and take tons of pictures… It’s just rude.
A: Lol Donna why do you keep coming in with these aggressive comments?
M: Rudeness aside, it’s also impossible to pose in a non-awkward manner with it.
D: You mean like this. 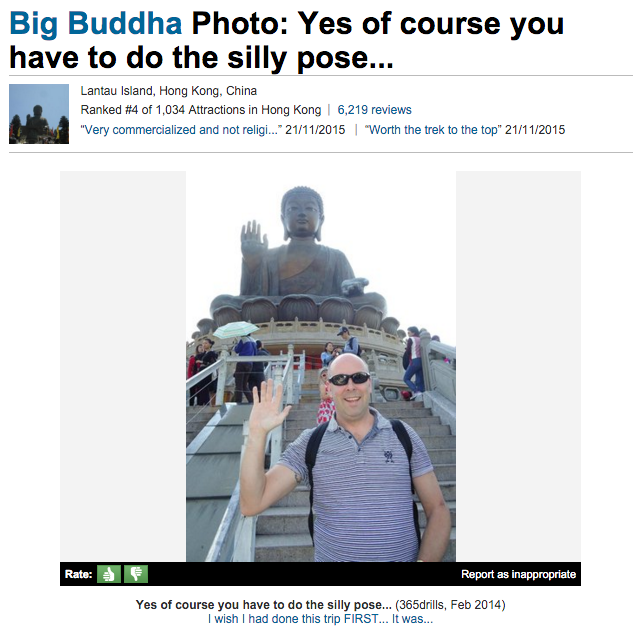 M: I meant more like, issues with camera angles from having to catch you in the foreground and something so large as the background as well. But yes, that also proves my point.

D: Gotta say, the tram is my kinda thang as well. Can be a very romantic ride.
A: How is the tram romantic? It’s loud and noisy. And there’s too many people sandwiching each other. Expect 10 people screaming on their phones behind you.
D: Imagine having a front seat on the top deck, overlooking the city, riding the tram from the start to the very end. The whole ride is about 60 mins I think, and the scenery changes so much, from the commercial hub of Central to the historical Chai Wan. The huge contrast never fails to fascinate me. Reminds me that Hong Kong is truly a place where East meets West.
A: Maybe I would’ve had a better experience on the tram if there wasn’t some guys ass in my face the whole ride.
M: Hm. My affinity for ding dings is inversely proportional to the day’s temperature.

M: Again… as much as we love Victoria Harbour, I think we get the point. Next.

D: I suppose this is referring more specifically to the Ngong Ping 360 cable cars? I’d rather take the cable car from Ocean Park to be honest.
M: There’s actually a hiking trail underneath it that takes you from Tung Chung to Tai O, which is a lot more worth your while, especially if you’re a bit of a plane geek. Gives you an unobstructed, undisturbed view of the airport runway so you can marvel at planes lifting off. 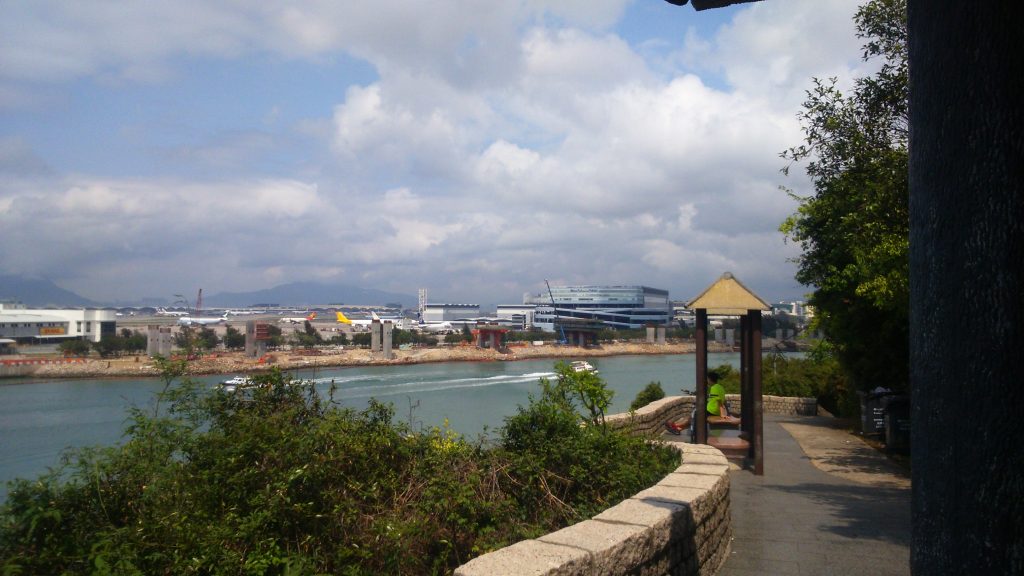 A: Is this the one in Tsim Sha Tsui?
M: No, it’s in Diamond Hill
A: Ok… it looks like an interesting garden.
M: Which you’ve clearly never been LOL.
A: Have you?
D: Nope.
M: I went once ages ago when it first opened in, 2006? 2007? All I can remember is this orange bridge, orange to the point of being neon, which doesn’t really aid the garden’s image of being a hub of classical Chinese elegance.

D: I’ve never been to the history museum LOL.
A: Me neither.
M: We used to have primary school trips there pretty much every year!
D: Really?
M: Yes. And always on Wednesdays. It’s free on Wednesdays innit.
D: Hong Kong has a pretty short and sweet history though. British occupation, handover, and that’s pretty much it.

So, what SHOULD have been in the top 10?

What are your favourite attractions in Hong Kong?